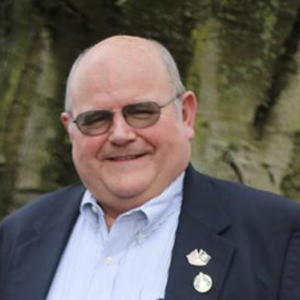 Are Speaker Dick Hinch’s fellow Republicans responsible for his death?

Wolfeboro GOP Rep. William Marsh set off a firestorm with a tweet making that claim: “Those in our caucus who refused to take precautions are responsible for Dick Hinch’s death.”

Given Hinch’s death due to COVID-19 and the refusal of a significant number of House Republicans to wear masks or socially distant, it’s a claim that resonates with some. NHJournal asked Gov. Chris Sununu at Thursday’s COVID-19 press conference if he agreed with Marsh’s assertion, and the Republican governor acknowledged it was a difficult question.

“I understand emotions for a lot of folks are very raw right now,” Sununu answered. “I would say this is a tragic and cautionary tale, that everybody has an important responsibility and role to play in protecting the safety of others, not just themselves.

“If wearing a mask were just about you, that would be one thing. But wearing a mask and social distancing and taking the right precautions — you’re doing it for someone else. [Hinch’s death] hit home for a lot of folks, especially in the House of Representatives and in state government.

“I think there’s a bigger picture we should take away from this. This is still very serious and will be for quite some time,” Sununu said.

Earlier in the presser, Sununu was more blunt about how he felt regarding recalcitrant Republicans refusing to abide by COVID restrictions like mask wearing.

“It’s incredibly irresponsible,” Sununu said of Republican lawmakers who decline to wear masks to public events. “The number of individuals out there who want to thwart the rules and the guidance… just for the sake of thwarting them is a disservice not to themselves, but to those that they’re surrounding themselves with.”

Sununu continued with a direct rebuke for his fellow Republicans. “You don’t wear a mask and social distance just for yourself. You do it for those you’re surrounding yourself with. And for those who are out there doing the opposite, just to make some sort of bizarre, political point, it’s horribly irresponsible. It really is. And it has horrible consequences.

“So please, use your heads. Don’t act like a bunch of children,” Sununu concluded.

Some Republicans from the anti-lockdown, anti-mask wing of the party weren’t happy.

“Dick Hinch was a warm and kind man and a devoted public servant,” said Andrew Manuse, chairman of RebuildNH. “He deserves to be honored for his life and service to this state. This is a time of mourning for us all as we work through the loss of a true leader who worked to unite people and truly listen to their points of view. It will be very difficult to find anyone who will be as good at bringing all of the factions of the House together.”

But, Manuse added: “While I’m not surprised by the media seizing an opportunity to continue its propaganda, I am extremely saddened by the governor’s indiscretion and lack of leadership, the attorney general’s mischaracterization of the truth by omission, and Rep. Bill Marsh’s ignorant hatred blaming other people for something they scientifically have no control over. Using a man’s tragic death to support a political point is not only classless, it’s downright disgusting and has no place in enlightened public discourse.”

Democrats, on the other hand, jumped on Twitter to endorse Marsh’s criticism of the NHGOP.

“Thank you, Rep. Marsh, for speaking out,” tweeted former N.H. House member and Democratic candidate for Executive Council Mindi Messmer. “Masks are the only tools we have right now to protect us and prevent the spread of COVID-19.”

The left-wing media outlet InDepthNH took the conversation even further, with a headline reading: “Hinch’s Sudden Death To COVID-19 Raises Concerns About His Many Contacts.”

Some Republicans note that Hinch’s duties as the NHGOP House leader and, eventually, Speaker of the House put him in many situations, and it’s impossible to know precisely where Hinch picked up the virus. But that’s not going to stop Democrats from using the political leverage from Hinch’s passing.

Or, apparently, criticism coming in from their fellow Republicans.