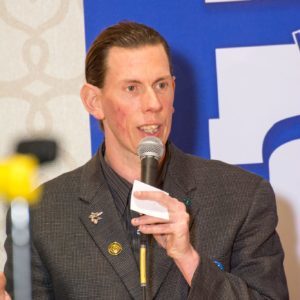 Did A Judge Just Give Sununu A Third-Party Problem in November?

A federal judge liberated the New Hampshire Libertarian Party (LPNH) from the state’s ballot access requirements Tuesday in a 50-page decision that overruled the Sununu administration’s attempts to keep the third-party’s candidates off the ballot.

“The state’s attorney wasn’t particularly prepared for the case. He apparently thought we were bluffing,” LPNH spokesperson Richard Manzo told NHJournal. “The judge [wasn’t] happy to be hearing the case, either. I think he believed, as we did, this issue should have been resolved out of court.”

“The only people who wanted this case to move forwarded were the state’s attorney and Gov. Chris Sununu,” Manzo said.

The LPNH’s case is simple and straightforward. As a third party whose candidates regularly fail to pass the 4 percent threshold need for the party to have automatic access to the ballot (the single exception in 20 years being the 2016 election), Libertarians are used to gathering the required 3,000 signatures. But when Gov. Chris Sununu issued an executive “stay at home” order, they argue, he closed the window on their ability to canvas for signatures.

While the state has somewhat reopened, strangers approaching mask-wearing shoppers who are slathering themselves in hand sanitizer and asking them to handle a clipboard is problematic during a pandemic.

The result was the odd scene of a lawyer representing a government calling for citizens to stay home and practice social distancing, arguing that going door-to-door to contact thousands of people isn’t a problem.

U.S. District Court Judge Joseph LaPlante sided with the LPNH, though instead of simply ordering the Libertarian candidates be placed on the ballot, he lowered the number of signatures needed by 35 percent. Now, Libertarian candidates for the statewide offices of president, governor and U.S. senator only need nomination papers signed by 1,950 registered voters.

According to Manzo, that makes the Libertarians a lock to appear on the November ballot. “We were granted a significantly lower petitioning requirement that our petitioners will easily be able to accomplish.”

The LPNH has been pointing out the problem since the pandemic began, one that Gov. Chris Sununu could have resolved via an emergency order months ago. Why didn’t he?

“No. I’m really not even looking at it,” Sununu said at a May press conference. “So, no, we’re not looking at relaxing the requirement.”

“There could be even a conflict of interest issue there because it would be looking at making a judgment call on somebody that may be potentially running against me in the future. I don’t want to make a judgment call on that,” Sununu said.

“This is an important ruling because it frees up resources we would have used to gather signatures and lets us spend them on the campaigns,” Manzo said.

Among the candidates who will benefit are gubernatorial candidate Darryl W. Perry, Justin O’Donnell for U.S. Senate, congressional candidates Zachary Dumont (NH-01) and A. J. Olding (NH-02), as well as Manzo himself, who’s running for Hillsborough county treasurer. (A list of LPNH candidates is here.)

So will having Darryl Perry on the ballot pose a political risk to Sununu, as it possibly did to Ayotte four years ago? The Sununu campaign declined to comment, but one thing that’s different is the governor’s standing in the polls. About 80 percent of Granite Staters say they approve of the job he’s done handling COVID-19.

And while Trump helped drive up third-party vote totals in 2016, it’s possible he’ll have the opposite effect in November if the election turns into a referendum on Trump. The more this is viewed as a “binary election” — a case Trump supporters often make — the less willing voters may be to sit it out by casting their votes for alternative candidates.

In 2016, Hillary Clinton beat Trump by just under 3,000 votes. Libertarian Gary Johnson got more than 30,000 votes. How many of those voters are hardcore Libertarians supporting Dr. Jo Jorgensen for president this year? And how many want to cast what they see as a meaningful vote on the biggest political question in a generation: Do we keep Donald Trump?

Which is why the candidate most likely to cost Sununu the election isn’t a Libertarian running for governor. It’s the incumbent Republican who’s running for president.