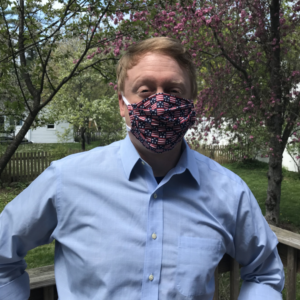 DGA Talks Trash, But Not Cash, in NH Governor’s Race

Just a day into the New Hampshire general election race, and already the trash talk is flying. Gov. Chris Sununu says his opponent is an “income tax architect” who has “never managed anything.” His challenger, state Sen. Dan Feltes, says he’s running against “the politics of the Sununu family dynasty.”

And if you ask the Democratic Governor’s Association, their national press secretary Jerusalem Demsas will happily throw down on Chris “Trump Guy” Sununu and the president’s recent visit to New Hampshire.

“Sununu has tied himself to Donald Trump, while Dan is with the working class, he’s fighting for a woman’s right to choose. There’s a real contrast,” Demsas told NHJournal.

But ask about the DGA’s cash commitment to the Feltes campaign, and suddenly there’s not a lot to say. “Those decisions are made by our IE (independent expenditure) people, so I’ll have to check with them,” Demsas said. “We don’t coordinate, obviously.”

The Republican Governor’s Association, on the other hand, has front-loaded a $3.5 million ad buy, TV and digital, to support Sununu. “We are in for a seven-figure investment because it’s a Republican governor in a purple state,” RGA comms director Amelia Chasse Alcivar told NHJournal. “We think Governor Sununu’s already strong bipartisan support has only gotten stronger and more bipartisan throughout his handling of the COVID-19 crisis.

“We see this as a validation of Gov. Sununu’s strong leadership, leadership we need now more than ever,” Alcivar said.

One objective measure of the Democrats’ confidence in the Feltes campaign is how much money the national party is willing to pony up on this race. With both a competitive presidential race and a real chance at taking the U.S. Senate, Democrats are loath to waste any resources on a longshot.

This year, the two parties are fighting for control of 11 governorships, nine of them with incumbents: Delaware, Indiana, Missouri, New Hampshire, North Carolina, North Dakota, Vermont, Washington and West Virginia. The other two – Montana and Utah – have open seats.

“The New Hampshire electorate seems poised to split a lot of tickets this year, with Sen. Jeanne Shaheen favored for U.S. Senate and Sununu favored for governor. Democratic voters in the Northeast don’t seem to like the president much, but they do seem to like a lot of Republican governors, such as Charlie Baker, Phil Scott, and Sununu.

“We are curious to see if the New Hampshire gubernatorial race truly engages,” Kondik said.

The campaign won’t engage if Feltes can’t compete financially. He just wrapped up a costly — and unexpectedly competitive — primary campaign, while Sununu sailed through the GOP primary and is believed to have around $1 million cash on hand.

“Sununu allowed two potential superspreader events in New Hampshire,” Demsas said, referring to the two Trump rallies (one was canceled) since the pandemic. “Sununu pretends he can’t do anything about it, but look at what Gov. [Steve] Sisolak did in Nevada today.”

President Trump has three stops planned for Nevada this weekend, but Reno-Tahoe Airport officials told organizers their planned rally can’t proceed because it violates a state ban on gatherings of more than 50 people. Gov. Sisolak has since denied any involvement in canceling Trump’s events.

New Hampshire has no such ban, just a mask mandate for attendees of gatherings of 100 or more.

Whatever resources the Democrats do have — and there’s no record of a media pre-buy from the DGA on Feltes’ behalf — it’s clear they’re going to continue their strategy of linking Sununu to Trump. Thus far, it’s had little effect. Why do they believe the next two months will be different?

“Voters really tune in during the final weeks of the campaign,” Demsas said, “so we’ll have a lot more people seeing our message. It really hasn’t permeated yet.”

Perhaps. But the Sununu campaign has millions of dollars to put into a message about Dan Feltes, one campaign manager Paul Collins summarized on Wednesday:

“With the dust finally settled from their bitter intra-party squabbling, New Hampshire Democrats today nominated a candidate for governor whose only claim to fame is trying — and failing — to force an income tax on Granite State families, not once, but twice. Dan Feltes has never managed anything in his life and is clearly unprepared to lead our state.”