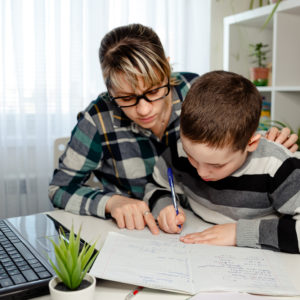 Despite Data, NH Dems Double Down on Homeschool Attacks

When state Sen. Jeanne Dietsch claimed some parents choose to homeschool because they’re child abusers with drug problems, many New Hampshire political observers dismissed it as just another misstep from an erratic politician with a history of odd statements and political stances.

But when New Hampshire Democratic Party Chair Ray Buckley took to Twitter to defend Dietsch by blasting out a series of links to stories and opinion pieces doubling down on the “homeschoolers have an abuse problem” meme, politicos took notice. New Hampshire Democrats, never fans of homeschooling, appear to be declaring political war.

“Inaccurate and disparaging remarks by Senator Dietsch and Democrat Chairman Buckley about homeschooling are tone-deaf and dystopian,” Michael Donnelly, senior counsel of the Home School Legal Defense Association, told NHJournal. “They reflect a loud distrust of their fellow citizens. Allegations that homeschooling parents are more ‘abusive’ are wholly unsupportable.”

And the Democratic-controlled Fiscal Committee took the unprecedented step earlier this year of rejecting federal education funds because they would benefit public charter school education.

But bringing in child abuse and drug addiction is a stretch, even for public-school-or-bust Democrats. Are they onto something?

Not according to the available data.

In fact, one of the tweets Buckley fired off in defense of Dietsch is a 2017 story headlined “The Sinister Side of Homeschooling” in which the expert quoted throughout says she “does not believe homeschooling parents are more abusive than others.”

Meanwhile, many studies show the opposite: Homeschool children are less likely to be harmed by adults than kids in public school classrooms. “Legally homeschooled students are 40 percent less likely to die by child abuse or neglect than the average student nationally,” one 2017 study found.

According to a National Household Education Survey, the number one reason parents choose homeschooling is to protect their children from drugs and violence.

And based on the largest and most widely cited study, there’s about a 5 to 7 percent chance the source of danger at public schools would be the teachers. Teachers are more likely to engage in sexual contact with children than Catholic priests.

“I’m not going to say every homeschool parent is perfect, of course not,” Michelle Levell, Director and co-founder of Granite State Home Educators, told NHJournal. “But there have been maybe half a dozen cases involving classroom teachers in just the past couple of years right here in New Hampshire. The Howie Leung case is still in the press, and that was allegedly covered up for years.”

“Until they eliminate this sort of abuse in their own system, they need to stop the finger-pointing at other people,” Levell said.

Not to mention bullying and other forms of violence and stress. According to the Bureau of Justice Statistics : “In 2016, students ages 12-18 experienced 749,400 victimizations (theft and nonfatal violent victimization) at school.”

All of which makes New Hampshire homeschool parents even more angry over the bizarre suggestion that there’s a child abuse problem in their midst, particularly as more parents are considering it as an alternative to returning children to classroom settings amid the COVID-19 pandemic.

Parents of K-12 kids are already desperately trying to decide what to do about their children this fall.

A plan for public school reopening is expected from Gov. Chris Sununu and Commissioner of Education Frank Edelblut in early July. But some parents are insisting that until there’s a vaccine to protect their children, their kids won’t be sitting in a traditional classroom.

In the latest University of New Hampshire Granite State Panel survey released Friday, 67 percent of respondents said they felt comfortable sending their children back to school. However, just 53 percent of Democrats feel the same.

Currently, just four percent or so of American students are homeschooled. But an April RealClear Opinion Research survey of 2,122 registered voters found 40 percent of families are more likely to homeschool or virtual school after the lockdown.

A USA Today poll in late May found 60 percent of parents say they would be likely to pursue at-home learning options instead of sending their children back this fall. A full 30 percent say they are “very likely” to keep their kids at home.

And just as these suburban parents (and potential swing voters) are making this calculation, progressives are hosting Harvard seminars on how homeschooling should be banned. Smearing parents who choose it are suspect. (The seminar was canceled after widespread backlash from parents and education experts.) The timing is unfortunate at best.

“Are politicians afraid that the coronavirus will permanently increase demand for non-public education?  Maybe,” says Donnelly. “It’s really hard to understand why policymakers would disparage homeschooling parents this way.”

New Hampshire Education Commissioner Edelblut tells NHJournal he agrees: “It is unfortunate that Sen. Dietsch continues to insult New Hampshire parents. Her ignorance of home education and contempt for parents seeking education alternatives for their children is preventing New Hampshire students from finding their paths to bright futures.”