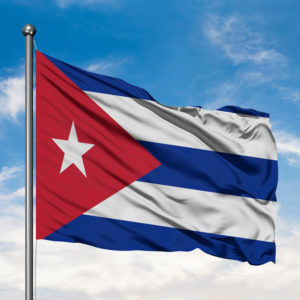 DESHAIES: I Went to Cuba. And Cubans Want Freedom.

I went on an educational trip to Cuba through my now alma mater, Saint Anselm College, last year. We toured several historical, cultural, and political landmarks all over Havana, Trinidad, and the Bay of Pigs. Even though the Cuban government’s propaganda heavily influenced our tour, it was still informative. You could see through the political façade and understand the Cuban perspective on many domestic and international issues.

What intrigued me most was how culturally integrated our two countries are. Across Cuba, you can find prominent American figures who are beloved by the Cuban people. For example, there are numerous posters, paintings, and busts of Abraham Lincoln. He is considered an ideal leader in Cuba.

Lincoln was a huge inspiration on José Martí, Cuba’s national hero. There is even a bust of Lincoln in the former Presidential Palace. A large park in front of it faces toward the mouth of Havana Harbor. In that park is a heroic statue of José Martí on horseback. It was a gift to the newly formed Republic of Cuba from Vermont after the Cuban people won their independence from Spain in 1898. (In the United States, we call their war of independence the Spanish-American War).

Deep down, we have a strong history with the Cuban people. Both our countries were born in the name of liberty, rejecting European monarchies as our overlords.

Sadly, Cuba is crippled by a Communist regime and failing infrastructure. There is no freedom of speech or press that is ‘counter-revolutionary’ (essentially, no criticizing the government). Cubans are cannot freely purchase common household goods or amenities. There are constant food and medicine shortages. Cubans are forced to ration all supplies, with the waiting list for cars being decades-long and contingent upon loyalty to the communist regime.

Cubans cannot become homeowners or start private businesses. The infrastructure is beyond failing, with impassible potholes on roads and freeways, government homes that have caved in on themselves, and low access to clean water and reliable electricity. The government cannot care for the people. More economic liberty and free enterprise would help save many Cubans from poverty and starvation.

When I went to Cuba, I gained a new appreciation for Cuban history, culture, and the people. Nonetheless, this trip further cemented my disdain for socialism and government control over our lives. People depend upon free markets for success. Cuba is a prime example as to why the government cannot be the solution to everything. The current demonstrations in Havana show us that many Cubans are beginning to agree.

In New Hampshire, we say “Live Free or Die.” In Cuba, the revolutionary motto goes: “Libertad O Muerte” (translated as “Liberty or Death”). Ours means that we desire to live free from a tyrannical government and that death is preferred to oppression and enslavement by one’s government. In Cuba, their slogan is a rallying cry to fight a revolution against the oppressive Batista regime and to continue this revolution until everyone is well cared for by the state. They believe this revolution is still currently happening today.

However, many Cubans misunderstand this concept of ‘liberty.’ The Communist government has effectively employed propaganda to distort the true meaning of liberty. Cubans accidentally traded one tyranny for another: The fascist Batista regime for a Communist regime. They made the mistake of assuming government programs can create liberty and sustained prosperity, and that constant revolution can be a safe ideology.

Deep down, beneath all the propaganda, under all the socialism, there is a yearning for true liberty amongst the Cuban people. We have seen this across Cuba over the past few weeks, and I saw it first hand when I was there. People dreamed of America and our prosperity. Many said, “But one day the revolution will lead Cubans to that prosperity!” A few Cubans did speak to us privately. They said, “One day I will be free because I will go to America, or we will make Cuba free ourselves.”

The Cuban government cannot entirely kill this yearning for freedom—the flame of liberty that burns within all of us. We should stand firm as a nation alongside the Cuban people. They need our support now, more than ever.

State Rep. Brodie Deshaies is a Republican from Wolfeboro and Chairman of the Common Sense PAC. He wrote this for NHJournal.