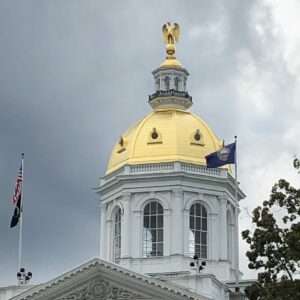 In this upcoming legislative session, NH State Legislators will vote on articles of secession: CACR32. CACR32 purports to make NH a “sovereign nation.” I am amazed any lawmaker should have to pen a letter on this issue. Secession would be logistically impossible. About one-third of NH’s revenue is from the federal government, economic success is tied to free trade and travel within the Union, and about fifteen percent of Granite Stater’s work out-of-state.

The first legal argument why states cannot secede from the Union is reasonably understandable. The federal government is the only legitimate power to admit new states and extend or retract territorial boundaries. Nowhere in our US Constitution does it allow the federal government to permit any state to secede, let alone for any state to decide unilaterally. Our Constitution is quite clear on this issue (see Article IV, Section 3). No state constitution has ever suggested that states hold this power. Constitutions are implicit contracts with citizens that grant governments specific powers. With no power explicitly given allowing secession, no state can ever secede.

Another argument lies in the US Supreme Court’s decision Texas v. White (1869). In the court’s majority decision, Chief Justice Salmon P. Chase (an NH native) explained that the Union began during the Revolutionary War amongst the colonies. In his decision, he writes, the Union “was confirmed and strengthened… and received definite form and character and sanction from the Articles of Confederation… [and] by these, the Union was solemnly declared to ‘be perpetual.’” Justice Chase then says that our current Constitution was “ordained ‘to form a more perfect Union,’” which intended to “convey the idea of indissoluble unity….” Therefore, the Union can never be dissolved. Our form of government and Constitution is predicated upon the Union’s “‘perpetual’” existence. Without this “‘perpetual’” existence, we would be throwing away the Union, and with it, the US Constitution.

The last Constitutional argument is straightforward. It does not matter whether or not secession is illegal. What matters is that the Union beat the Confederacy in the Civil War. Once this happened, the illegality of unilateral secession was de facto established. Our question was answered at Appomattox Court House in 1865. It also means the repercussions for attempting unilateral secession have been decided too. The federal government must punish states and their leaders who try to secede.

Which leads us to another question: Can state leaders introduce or vote for articles of secession? No. They cannot, and that is not my opinion. It is what our Constitution explicitly states.

State Rep. Brodie Deshaies is a Republican from Wolfeboro and Chairman of the Common Sense PAC. He wrote this for NHJournal.