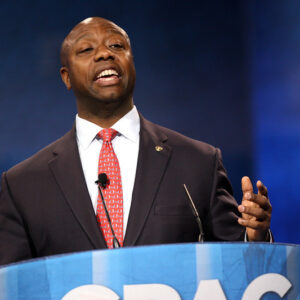 DESHAIES: America Is Not Racist, but We Have Racism

Posted to Politics April 30, 2021 by NHJOpinion

By now, everyone has heard about President Biden’s State of the Union address. There were little to no surprises. Only some cheap talk of unity despite limited effort towards bipartisanship. Both parties do this to the detriment of our national success. However, it is what happened after Biden’s address to Congress that alarms me the most. The overt racism Senator Tim Scott received for his response to Biden is shameful. It reflects upon all of us and our lack of civility in modern politics.

Scott’s 2014 special election victory and reelection in 2016 were positive developments for America. He is a Black conservative who has honorably served South Carolina and has even lead the charge on police reform and issues of racial justice. His tenure as a Senator really shows how our country is constantly improving.

Being an emerging star within his party, Scott received the honor to give the Response to the State of the Union. His resumé made him uniquely suited for this duty. He is someone who exudes charisma and leadership qualities fit for a President. In his response, Scott shared his experience as someone who grew up in an impoverished African-American family, and his personal view of race in America and our political system.

And how did his opponents reply to him? They called him ‘Uncle Tim.’ They called him other racial slurs. One major news outlet even kept repeating his views were controversial because he was “unique”—alluding to the fact he is Black and conservative. It was as if being both at the same time was concerning. Rather than challenge the man for his ideas, Scott’s critiques attacked him for his race. In a country that has come so far, and strives to do better, we must all do better.

America: We need to deescalate our political rhetoric. We should be promoting earnest and vigorous policy debate. We must stop engaging in offensive ad hominem attacks against each other. At times, these attacks really expose negative aspects of our past that we are trying to overcome. Returning civility, respect, and dignity to our politics is key to promoting better government and good public policy. We need to be less concerned with party affiliation and more concerned with individual character and merits. Sen. Tim Scott has shown the character and the temperament of a great leader (and yes, even a President). Those who levied racist attacks failed to be leaders and need to reflect upon the grave sin they committed.

Let’s be better, America. Let’s consider how our actions affect others. Let’s live up to our nation’s ideals by promoting equal opportunity and “[securing] the Blessings of Liberty to ourselves and our Posterity.” Let’s promote civility in our political system and reward elected officials who do the same. 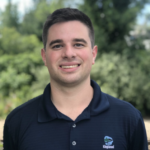 Rep. Brodie Deshaies is a Republican from Wolfeboro. He wrote this for NHJournal.