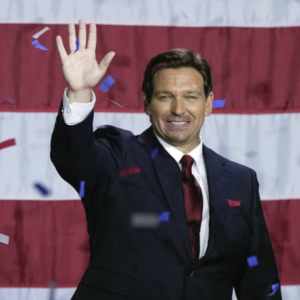 The midterm elections were primarily a forgettable experience for Republicans. Dreams of a red wave sweeping Republicans back into power ran headlong into a blue wall, with a couple of notable exceptions. The biggest takeaway for GOP consultants is that candidate quality matters.

Republicans took back the U.S. House of Representatives, but just barely. The GOP fell short in the Senate, a self-inflicted wound that Democrats rubbed salt into with Raphael Warnock’s runoff win in Georgia over Herschel Walker.

It wasn’t supposed to be this way. The party in the White House traditionally loses seats in midterm elections, and with the economy struggling with record inflation and an octogenarian President embarrassing even to Democrats, Republicans were considered shoe-ins to win majorities in both chambers of Congress. So much for tradition.

The Republican sweep in Florida has rewritten the political map, moving a crucial battleground state firmly into the GOP column ahead of 2024. That’s a massive shift for a state with 30 electoral college votes. DeSantis, who pushed the state GOP to focus on voter registration drives during his first term, deserves much of the credit for Florida’s transformation.

In 2022, Florida Republicans outnumbered registered Democrats by nearly 300,000 voters for the first time in decades, thanks to the state GOP’s strategy of assembling a majority coalition that required outreach beyond their base, including traditionally Democratic voters in Latino and immigrant communities.

Republicans also saw their ranks swell thanks to people like me who moved to the Sunshine State to be free of mask mandates and Covid lockdowns.

DeSantis’ 19-point win and long coattails have not gone unnoticed by national Republicans, who have grown tired of losing and are looking for a new champion. If DeSantis can flip Florida, might he have national appeal?

Plenty of Republicans think so. One appears to be fellow Floridian Donald Trump. Trump paid Gov. DeSantis his highest compliment by disparaging him in the press as soon as DeSantis started to eclipse the former president.

There’s no disputing that DeSantis’ resounding win and high approval rating have made him a rising star. A recent Wall Street Journal poll of Republican primary voters gave DeSantis a 14-point lead over Trump to be the Republican nominee in 2024.

The WSJ poll found DeSantis is well-known and well-liked among Republican primary voters, with 86% viewing the Florida governor favorably, compared with 74 hotel for Trump.

The electoral records of Trump and DeSantis could not be more different. Trump captured the Republican nomination with a plurality in a divided field in 2016 and went on to win the White House against one of the most unpopular Democratic candidates in decades.

DeSantis trounced Crist in the governor’s race and presided over landmark wins for his party up and down the ticket in Florida. Republicans captured every statewide office in Florida for the first time in more than 100 years and broadened their coalition with Latinos enough to win a supermajority in the legislature.

The former president has presided over four disastrous election cycles for Republicans, starting with the 2020 midterms, and can’t seem to restrain himself from fragging fellow Republicans. Only two of the 14 candidates he endorsed in swing states in the midterms succeeded. Promising wins is one thing. Delivering is everything.

Voters will roll the dice on someone new, but they don’t like to make the same mistake twice. They still want a conservative who will take on the woke politics of coastal elites, but they’re tired of grievance politics and arguing over the 2020 election. A recent USA Today/Suffolk University poll found that 61 percent of Republican voters prefer someone other than Trump to represent the party in the next presidential contest. Red America is ready to start winning again.

No one expects Trump to go quietly into that good night – and the 2024 election is still a ways off – but Gov. Ron “Florida is where woke goes to die” DeSantis is showing Republicans and Republican-leaning voters they can have a fighter – who is also a winner.

Dan K. Eberhart is CEO of Canary one of the largest oilfield service companies in the country. He is a Republican donor. He lives in Phoenix, Arizona. He wrote this for InsideSources.com.