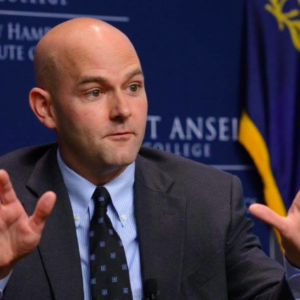 While Gov. Sununu was being named America’s fourth most popular governor, due in part to New Hampshire’s economic successes, his would-be rival, Democrat Steve Marchand, was on the radio talking driver’s licenses for illegal immigrants and taxpayer funding for abortion.

“I’ll be outlining my economic development plan next week,”[emphasis added] Marchand told WKBK radio host Dan Mitchell, after bragging about his swift action in releasing a plan to promote abortion on demand in New Hampshire in the wake of Supreme Court justice Anthony Kennedy’s retirement.

“As soon as I saw that Justice Kennedy was retiring, unlike my opponents, I jumped on this issue because I was aware of consequences,” March said. “It took my opponent almost a month to do that, it took my opponent to put out something less specific.”

“Unlike Molly [Kelly], I think we should eliminate the Hyde Amendment,” Marchand added, repeating his call for taxpayers to pay for elective abortions, including in the third trimester.

Marchand has made abortion a key part of his campaign, along with marijuana legalization, gun control–including a ban on semi-automatic weapons–and advancing the cause of illegal immigration. Specifically Marchand wants to give drivers licenses to illegal immigrants and offer in-state college tuition rates to families living illegally in the Granite State.

“Few of them came here illegally. Their status expired along the way,” Marchand said, “and that’s a federal problem we’ve got to deal with.”

As has been pointed out before, the campaign efforts from both Democrats running for governor have been heavily weighted toward social issues over economic ones. Meanwhile, Gov. Sununu’s standing continues to rise as he continues his focus on the economy while his Democratic opponents wait to release their own.

Will social issues and anti-Trump sentiment energize Democratic turnout? Will issues like supporting illegal immigrants and advocating tax-funded abortion be enough to beat an incumbent governor? That appears to be the bet that Democrats are making. With Sununu’s approval at 61 percent, those odds look pretty long.