Democrat state representatives, led by Renny Cushing of Hampton, filed a lawsuit Tuesday morning in an attempt to force Speaker Sherm Packard (R-Londonderry) and the Republican majority to allow remote participation next week during the House’s scheduled session. But images from their own social media show some of those same Democrats have ignored social distancing in the name of politics.

The House is scheduled to convene, live, and in-person next Wednesday and Thursday at the expansive NH Sportsplex in Bedford. The facility provides more than 50,000 square feet of space — more than 100 square feet per legislator (125.6, to be exact, based on 398 current members.) This allows for more than 12 feet of social distancing between members, double the CDC’s recommendations.

Not good enough, say Granite State Democrats. They’re in court demanding an accommodation due to what they say are unacceptable risks from gathering in person– even in a massive arena. 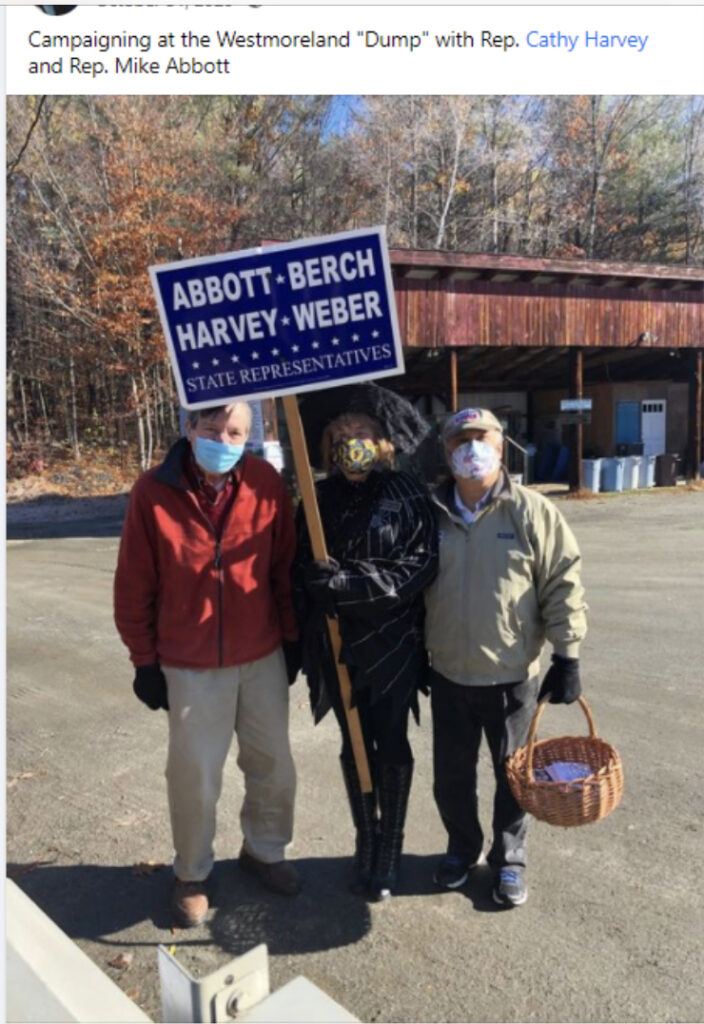 “It’s unfortunate that we have to take this step to defend our democracy and public health during the midst of a pandemic,” House Minority Leader Renny Cushing said in a statement Tuesday. “Democrats have tried for months now in good faith to persuade the Republican majority to put public health before politics and provide for remote participation in House Sessions for those lawmakers vulnerable to COVID-19.”

Interestingly, amid the pandemic last summer, the NH House met at UNH’s Whittemore Center, with less than 17,000 square feet, or 42.7 sq. ft. per member. And yet, Democrats didn’t file any lawsuits or publicly condemn the in-person meeting as unsafe.

Why? Last year, Democrats controlled the legislature, and Democrat Steve Shurtleff from Penacook was Speaker of the House.

This year, the Speaker is a Republican. And now there’s a lawsuit.

One of the plaintiffs in the Democrats’ lawsuit, Rep. Katherine Rogers, posted a photo on Facebook of her campaigning and registering voters in person at Concord’s Ward 9 polling place on Election Day. More than 1,200 people, plus poll workers and other support staff, were on hand in a space far smaller than the Bedford Sportsplex.

Another Democratic plaintiff, Rep. Paul Berch of Westmoreland, posted a photo on Halloween as he stood arm-in-arm with Reps. Mike Abbott and Cathy Harvey campaigning together at a local “dump.”

“These same Democrats were milling around together at the [UNH] hockey rink and didn’t bat an eye. Now they’re filing lawsuits?” one NH GOP legislator told NHJournal. “Somebody should get them the ‘hypocrisy vaccine — two shots.”

Democrats claim they’re just asking for accommodations. Their intent, according to the Democrat House Office, is not to stop the House from meeting at the sports facility in Bedford, but to provide remote access for those members who qualify for special accommodations under ADA or Rehabilitation Act. 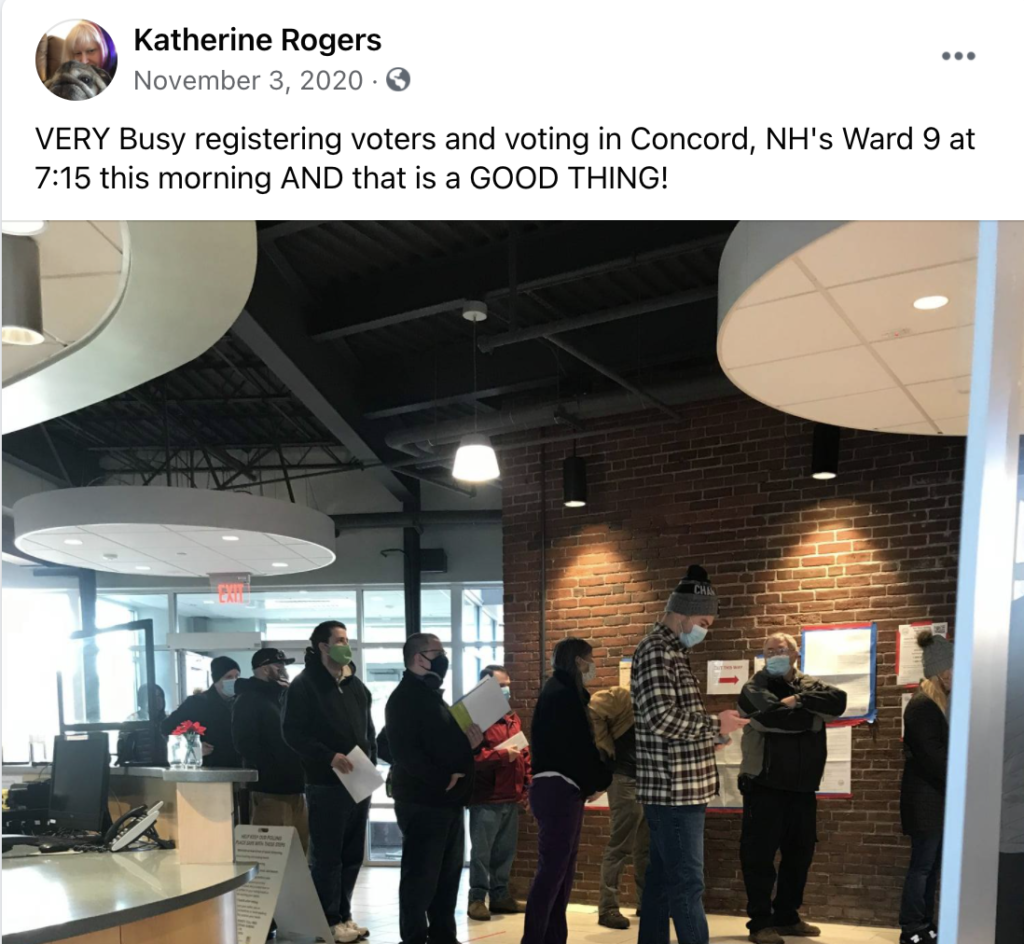 The Democrat office failed to provide any special accommodations allowed by Speaker Shurtleff last year that are not being provided this year by Speaker Packard. Nor does this explain why the same plaintiffs appeared in public, without social distancing, in November.

Speaker Packard acknowledged the lawsuit in a statement on Tuesday, saying, “[w]e’ve held previous House sessions at the Whittemore Center where we had high attendance levels by legislators, numerous legislative and UNH employees, police, paramedics, contract employees, firefighters, and others. No one contracted COVID-19 at the Whittemore Center indoor events in 2020.”

“At over 50,000 square feet of floor space, our new venue will have more than double the usable area of the Whittemore Center Arena to spread out and socially distance. We are working with the Department of Health and Human Services, state and local police, fire and ems services to ensure an accessible, risk-mitigated and secure environment for all members and staff in attendance.”

Previous meetings of the House were held outdoors. In December, the legislature met on UNH’s field hockey pitch. Speaker Dick Hinch, elected at that session, passed away unexpectedly a week later. An autopsy found he died of COVID-19. In January, the legislature then chose to meet in a unique “drive-in” session, with members spread out in their vehicles across a seven-acre parking lot on the UNH campus.

A judge scheduled an emergency hearing on the lawsuit for Friday to rule on the injunction requested by Cushing and the Democrats.