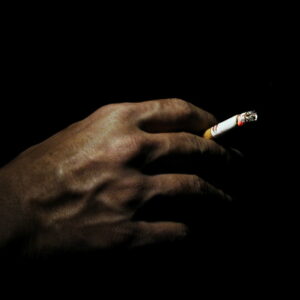 Democrats Claim to Care About Poor People — Unless They’re Smokers.

The Tobacco Tax Equity Act (S. 1314 and H.R. 2786) that has been introduced in Congress would increase the federal excise taxes on cigarettes and other tobacco products, as well as create a new federal excise tax on e-cigarettes.

Both versions of the legislation would double the excise tax on cigarettes from $1.01-per-pack to $2.02-per-pack, double the tax on roll-your-own tobacco, increase the tax on pipe tobacco by more than 16 percent, and “could increase the federal taxes paid on some premium cigars by more than 800 percent.” To be determined by the treasury secretary, e-cigarettes would be subject to the same tax rate as combustible cigarettes. All federal tobacco and vapor taxes would also be subject to future increases based on the rate of inflation.

The all-Democratic sponsors claim that according to data, “increasing the price of tobacco products is the single most effective way to reduce tobacco use, especially among youth.”

Not only do lower-income persons smoke in greater amounts, but they also spend more of their hard-earned dollars on combustible cigarettes. A Cato Journal article found that from “2010 to 2011, smokers earning less than $30,000 per year spent 14.2 percent of their household income cigarettes.” Smokers that earned between $30,000 and $59,999 spent 4.3 percent, and those earning more than $60,000 spent 2 percent of their income on cigarettes.

The tax hike also comes amid uncertainty with electronic cigarettes and vapor products. Four states – including Massachusetts, New Jersey, New York, and Rhode Island – currently ban the sale of flavored e-cigarettes, with Massachusetts also banning the sale of menthol cigarettes. All of this is happening while the Food and Drug Administration is now just weeks away from a court-imposed deadline to approve e-cigarettes sales in the U.S. market.

Undoubtedly, the regulator landscape has already negatively impacted states. For example, long before the state-imposed a flavored tobacco and vape ban, Massachusetts was already grappling with illegal cigarette smuggling. After Massachusetts increased the cigarette tax by $1.00 to $3.51-per-pack, economists at the state Department of Revenue estimated that untaxed cigarettes consumed in the state would increase, constituting “between $62 million and $246 million in uncollected excise taxes.” A 2017 study by the Mackinac Center found that illegal cigarettes that were brought into the Commonwealth increased by more than 144 percent, from 12 percent in 2013, to 29.3 percent in 2014.

Massachusetts is currently battling another illicit market – illegal flavored tobacco and vapor products – which the state banned in June 2020.

The ban is estimated to have cost the state “more than $140 million on menthol cigarettes alone.” It’s not as if folks quit smoking or vaping, they went elsewhere, specifically neighboring states.  In an analysis by the Tax Foundation, researchers found that sales of cigarettes “skyrocketed” in New Hampshire and Rhode Island (growing 55.8 percent and 56 percent respectively) between June 2019 and June 2020. Indeed, in fiscal year (FY) 2019, New Hampshire collected $198.8 million in tobacco tax revenue, this increased by 6.9 percent to $212.5 million at the end of FY 2020.

Lindsey Stroud is Director of The Taxpayers Protection Alliance’s Consumer Center. She wrote this for InsideSources.com.