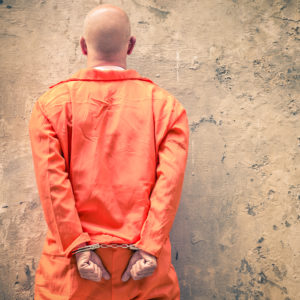 The Death Penalty Is Incompatible With Conservative Values

Posted to Politics May 10, 2018 by Heather Beaudoin

New Hampshire’s Republican-controlled legislature has taken a principled conservative stand in voting to repeal the state’s death penalty. It is part of a growing trend across the country of GOP lawmakers, as well as rank and file conservatives like myself, deciding that capital punishment is a failed government program that should be ended. Driving this change is a commitment to fiscal responsibility, life, and liberty.

Perhaps nowhere in America is the ethos against unjust actions by government stronger than in New Hampshire. The state motto “Live Free or Die” reflects an inherent mistrust of government authority and the death penalty provides ample reason for concern. To date, more than 160 people have been freed from death rows across the country due to wrongful convictions. Time and again while debating death penalty repeal, New Hampshire legislators cited innocence and the fallibility of the system as reasons for voting to end capital punishment. They know that once an innocent person is executed their liberty can never be restored.

Valuing life is also at the core of why so many conservative Republican lawmakers in New Hampshire and elsewhere are turning against the death penalty. As pro-life people, we truly want to build a culture of life and be consistent in our beliefs – specifically that human life is sacred from conception to natural death.  For us, as Christians, it is a matter of faith. We do not want risk interfering with God’s processes and preempting any chance of redemption.

Moreover, valuing life includes a commitment to the families of murder victims in the aftermath of violence. The death penalty does not address those needs and instead submits families to an agonizing and lengthy process that promises an execution at the beginning, but often results in a different sentence in the end.

Along with issues of life and liberty, capital punishment in New Hampshire has also been a stunningly wasteful program. The Granite State has not executed anyone since 1939, and yet it has spent millions of dollars on the death penalty. Even if executions had taken place, there is still no escaping the reality – based on numerous cost studies – that the death penalty process, with its exorbitant trial costs and lengthy appeals, costs more than the alternative already in place: life without parole.