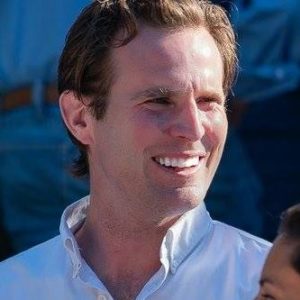 NHJournal has invited all of the candidates in the First Congressional District Democratic primary to make their “final pitch” for your votes. We’ve also asked all of them to answer the same three questions to shed a little light on their character and, perhaps, have a little fun. You’ll find the questions, and Paul’s answers, below.

I’m running for Congress because the system failed someone I love. The system failed my wife, Lori, when she got sick in 2014. I fought insurance companies while she fought for her life. That fight continues everyday as she battles an autoimmune disease. Nobody should have to fear bankruptcy because of illness. We need Medicare for All now.

But this isn’t just a moral issue, it’s an economic one. Healthcare costs account for 18% of our GDP in the United States. The only way to control costs in through a Single Payer healthcare system. In America you need three things to start a business: 1. A good idea 2. A great work ethic 3. To be married to someone with benefits. I see this everyday running an organization for New Hampshire Business Owners. Nearly half of our owners are unable to afford coverage. To prepare for the future we must fight for bold change in healthcare to make sure our citizens have every opportunity to succeed. That means demanding Medicare for All now.

I believe that the government is us—the people—coming together to decide what we stand for. My campaign has been focused on listening to you. We have knocked on over 70,000 doors and made over 100,000 calls across this district to hear your story. I believe that only by listening can one truly represent. I am fighting to bring Our Voice down to Washington to fight for the Future we deserve. Will you join me on September 11th?