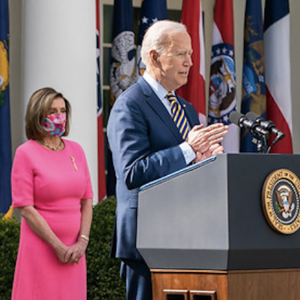 The White House is seemingly perplexed by the ever-sinking poll numbers of Joe Biden.

As a Democratic political consultant who doesn’t live and work inside the Beltway, maybe I can offer some perspective to my colleagues in Washington. It’s obvious why the president’s poll numbers are tanking: the Biden administration sounds less like a regular guy from Scranton focused on helping working families, and more like a progressive from the Upper West Side obsessed with owning a Tesla.

Understand, Joe Biden was elected to be, politically speaking, middle of the road. People voted for him as a repudiation of Trumpism and to restore order in Washington. This desire for “normalcy” was especially important to centrist, independent voters who decide close elections. They are the exact same people who in Virginia recently handed the governor’s mansion to a Republican in a reliably Democratic state.

When Biden took office, he focused on fighting the pandemic and a bipartisan infrastructure bill. When the president was on that path, his high poll numbers were proof he was addressing the priorities of the American people.

But now, he seems to be addressing the priorities of the Progressive Caucus, and his low poll numbers reflect that. The inflection point was when Joe Biden gave into the demands of progressives who insisted that the bipartisan infrastructure bill be tied to the Build Back Better agenda⁠—a litany of social programs favored by the most liberal components of our party.

That pitted moderate and progressive Democrats against each other. This is precisely what the American people did not want: Political turmoil.

Now, as Democrats continue to duke it out over the Build Back Better plan, the American people–rightly so–believe the White House, and the president, are not working on the issues that are important to them. For good reason, people are worried about the economy and inflation.

When I speak with Democrats in Texas about Build Back Better, the one issue that keeps coming up is the anger over spending billions of dollars on subsidies for millionaires and their electric vehicles (EVs). This obsession over EVs is a metaphor for just how out of touch Progressives are. Drive through parts of America not populated by the rich, and you hardly see any EVs. Visit any fancy neighborhood, EVs abound.

In fact, as reported by the Congressional Research Service, EV tax credits are disproportionately claimed by higher-income taxpayers, with 78 percent claimed by filers with an income of at least $100,000. In fact, there are thousands of millionaires who get money back from the government each year as a “thank you” for buying EVs. These are not the people tax credits are supposed to help, and it is why my organization wrote to the Congressional Black Caucus urging it to focus the Build Back Better plan on priorities for the minority community.

Sen. Joe Manchin (D-WV) has led the opposition to EVs, and has asked why the American taxpayer should be building EV charging stations that benefit private sector companies like Tesla. Manchin’s spokesperson told The New York Times: “Senator Manchin has clearly expressed his concerns about using taxpayer dollars to pay private companies to do things they’re already doing.”

Removing components of Build Back Better like subsidies for EVs, and maintaining priorities like funding to clean up polluted “brownfield” sites, will impact the lives of working-class families who tend to live around industrial pollution. Also, getting to a smaller bill that can actually pass Congress will also allow Democrats to move on to the single most important issue: the economy.

The old political adage goes: “The first rule of being in a hole is to stop digging.” Democrats need to keep this in mind and end the intraparty bloodletting. Now is the time to pass a smaller Build Back Better plan without billions of dollars for programs like supporting EVs–and then move on to fighting for working-class voters and resolving the issues Americans actually prioritize.

Trey Daniels is on the board of the Centrist Democrats of America and works as a political consultant in Houston. He wrote this for InsideSources.com.