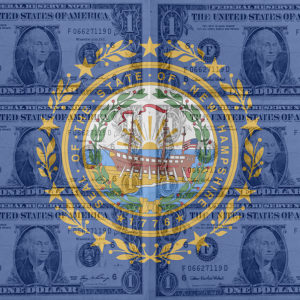 COVID ‘Relief’ Has Yet To Arrive, But NH Economy Continues to Rise

None of the state aid from the massive $1.9 trillion COVID-19 relief spending package has gotten to the Granite State yet, but New Hampshire’s economy isn’t waiting around. On Tuesday, the state released the latest jobs numbers, showing unemployment fell from 3.6 percent to 3.3 percent in February, and far below its COVID-created peak of 16.3 percent last April.

While that’s still a full point higher than the 2.6 percent a year ago,  New Hampshire’s unemployment is low by historic standards. It’s also lower than most of the nation. New Hampshire had the country’s 8th lowest unemployment rate in January, well below the national rate of 6.3 percent.

Meanwhile, New Hampshire is on schedule to receive $1.54 billion in federal COVID money, despite having a budget running more than $100 million above revenue, falling unemployment, and a growing economy. Not that New Hampshire is alone. According to the U.S. Bureau of Labor Statistics, “unemployment rates were lower in January in 33 states and the District of Columbia and stable in 17 states” in January.

Nationally, revised numbers from the Commerce Department show the U.S. economy grew faster than previously reported during the third quarter of last year. The gross domestic product grew at a 2.1 percent annual rate, not the 1.5 percent originally reported.

And with more than $1 trillion of previously-allocated aid still unspent, critics of the Democrats’ $1.9 trillion spending splurge — the largest in U.S. history — are asking if the nation really needs to add nearly $2 trillion in red ink to the national ledger.

NHGOP Chair Steve Stepanek says Sununu and the Republicans should get the credit for the state’s above-average performance. “Under the collaborative leadership of Governor Chris Sununu and our Republican majorities, Granite Staters are reaping the benefits of a state government that looks to achieve results by placing our economic growth at the forefront of the agenda. The decrease in the state unemployment rate is a result of the progress we’ve made thus far, and we look forward to seeing continued benefits as a result of Republican efforts across the state in the coming years.”

Democrats, on the other hand, argue the need still exists. “New economic data shows #NH ‘s workforce decreased by over one thousand jobs from January to February,” noted 2020 Democratic gubernatorial candidate Dan Feltes on Twitter. “Many have given up filing for unemployment or have exhausted unemployment, which drives down the unemployment rate, but doesn’t mean workers are better off.”

Centrist Republican Senator Pat Toomey (R-Pa.) says the spending is obviously unnecessary based on the economic realities. “We are well past the point where our economy is collapsing. The last thing we need is a massive multi-trillion-dollar, universal spending bill.”

In the past 12 months, the federal government has spent nearly $6 trillion — 34 percent more than the entire 2019 federal budget — responding to the COVID-19 crisis. Only one percent of the latest round of spending goes to vaccinations and less than 10 percent goes to direct COVID-19 relief.

As New Hampshire, Florida, Texas and other low-tax states continue to grow and the number of Americans vaccinated continues to climb, the question is whether this new debt will do more harm than good over the economic longterm — for both New Hampshire and the nation.