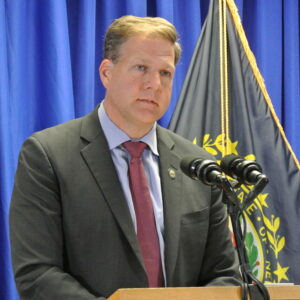 Posted to Politics November 07, 2021 by NewsNHJ

Less than 48 hours after Gov. Chris Sununu announced his support for a legal challenge to President Joe Biden’s vaccine mandate on private businesses, a federal court has already stepped forward to rule against Biden’s plan.

The ruling “foreshadows an uphill battle” for the mandate policy, according to the New York Times, and it’s the latest indicator that Sununu has once again put himself in the center of the political bell curve on the politics of COVID-19.

“COVID vaccines are the most effective tool we have to protect ourselves and our community from this virus,” Sununu said. “But as the head of state, I recognize the limitations of government in mandating this personal medical decision. President Biden has created a loophole to facilitate this overreach, which is why I fully support the Attorney General’s decision to sign on to this lawsuit.”

New Hampshire Democrats have been criticizing Sununu’s opposition to mandates, in particular his reluctance to impose mandates on local school districts regarding COVID policy, since the pandemic began. Sununu has consistently said that, while he believes the vaccines are safe, effective, and the best way out of the pandemic, he generally opposes mandates as a public policy.

Formella also believes that the vaccines are safe, effective, said in a statement on the lawsuit that the mandates are the problem, not the vaccines.

“The new Emergency Temporary Standard issued by OSHA is illegal and would impose significant burdens on New Hampshire businesses and their employees. We are therefore obligated to take action to protect the interests of our state’s citizens and businesses,” Formellla said.

At least 27 states have filed lawsuits challenging the rule in several circuits.

In a separate legal action, a three-judge panel of the U.S. Court of Appeals for the Fifth Circuit in Louisiana temporarily halted the mandate after a conglomeration of businesses groups, religious groups, advocacy organizations and several other states filed a petition on Friday with the court, arguing that the administration had overstepped its authority.

The Fifth Circuit panel said the judges were blocking the regulation “because the petitions give cause to believe there are grave statutory and constitutional issues with the mandate.”

“It undermines the Constitution’s balance between Congress and the president and between the federal and state governments,” Yoo said. “Congress has not vested the president with the power to govern every aspect of every office and factory in the nation, and even if it had, such a grant of sweeping power would violate the very division of authority between the national and state governments.”

(Yoo is perhaps best known for writing the legal justification for the CIA’s use of harsh interrogation tactics against Al-Qaeda detainees during the George W. Bush administration.)

And attorney Dan McLaughlin, who writes legal analysis for National Review, says the administration’s decision to announce the “emergency” OSHA rules in September, but not have them take effect until January, will hurt their case.

“The Biden administration could have a very hard time explaining to the [SCOTUS] chief justice why it is entitled to assert emergency powers that exist to address ‘immediate’ threats, then do nothing with them for four months.”

Are they playing politics? They may want to re-read their polls. Since mid-September, polling has shown that Americans are, at best, split on the issue of mandates. A recent Economist-YouGov poll reports that only 52 percent of registered voters back Biden’s mandates, while 43 percent are opposed.

Here in the Granite State, a slim majority oppose the vaccine mandates, 52- 46 percent, according to a New Hampshire Institute of Politics poll.

And a new Rasmussen Research poll found 52 percent of likely voters say they support workers refusing to comply with workplace requirements to get COVID-19 vaccines. Just 38 percent oppose it.

And then there’s the question of whether, after Biden expends the political capital to push them, the mandates will still be needed in January. Many health experts predict COVID-19 is winding down due to the prevalence of vaccines and the Delta wave that largely infects the unvaccinated. With vaccines approved for children aged 5 to 11, and a new Pfizer drug that can prevent 90 percent of hospitalizations of the infected, COVID-19 may be in the rearview in a few months.

Dr. Scott Gottlieb, former commissioner of the FDA said on Twitter the government has already been successful in rolling out the vaccines, and mandates are not the way to reach the unvaccinated.

“As a fight over the federal OSHA mandate unfolds, we should remember 80.5% of responsible adults 18+ already had at least one dose of Covid vaccine,” Gottlieb wrote. “What level do we need to get to? What will the OSHA provision accomplish? And were there less divisive ways to achieve these goals?”