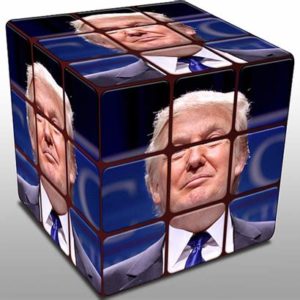 For a brief, shining moment in early 2020, Donald Trump was popular in New Hampshire.

Polling from UNH showed more New Hampshire voters approved of the job he was doing than disapproved.  And why not? The economy was firing on all cylinders, the impeachment had backfired on Democrats (yes, impeachment was this year) and the world was at relative peace.

Then came COVID-19, and the wheels came off the Trump Train. 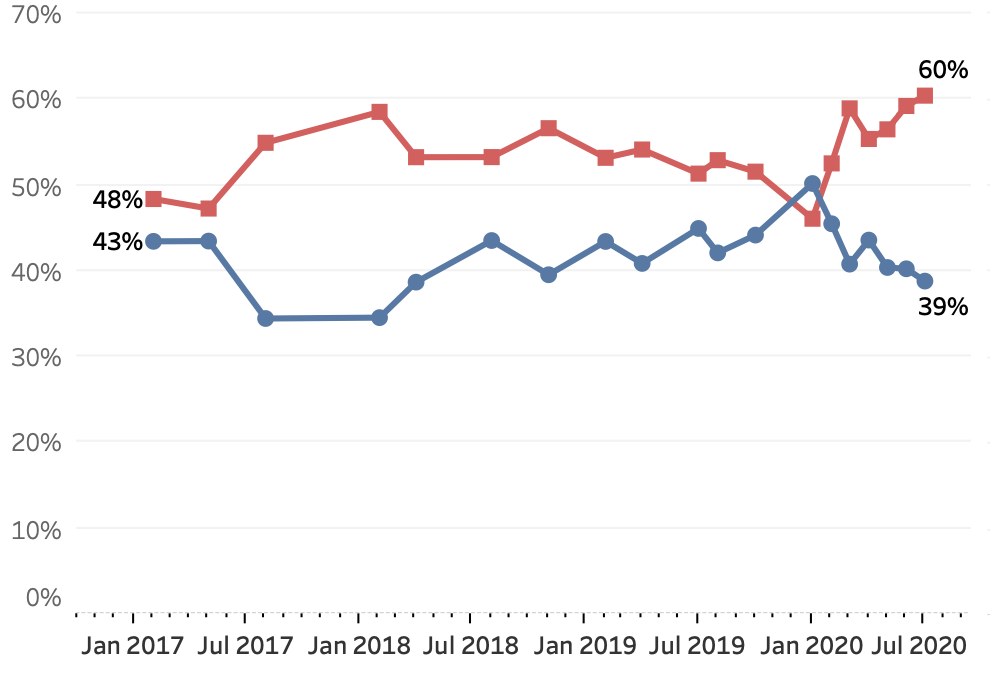 Setting aside the possibility of an unlikely Trump win, the question is what happens to the rest of the NHGOP ticket if he loses? In particular, what happens to Gov. Chris Sununu’s re-election if Trump tanks in November?

On paper, a poor Trump performance could put Sununu’s re-election at risk. Going back to 2000, no Republican candidate for governor has ever outpaced a GOP POTUS candidate by two percent of the vote.

In fact, the best NHGOP gubernatorial overachiever is… Chris Sununu, who got about 8,500 more votes than Trump. But what happens if Trump only gets 40 percent of the vote? Can Sununu make up a 20,000 vote margin? 30,000?

“This is such a unique cycle,  I’m not sure you can actually find a historically equivalent comparable,” veteran GOP strategist Tom Rath told NHJournal. As for Trump’s polls, he noted “Those are about as low a set of approval numbers as I have seen. Certainly not since Nixon, and UNH wasn’t sampling then.”

But Rath, like other GOP insiders who spoke to NHJournal, argues that Sununu’s in such a strong position with independents and even Democrats that there will be more than enough crossover voters to return him to the governor’s office.

“There may be a point where Trump’s performance could infect Sununu’s numbers but, in part due to his handling of COVID, the governor has such high approval, he’s about as well-positioned to escape as you could be,” Rath said.

“Escape” is an interesting word. While Sununu’s approval has bounced around 80 percent and his re-elect in head-to-head polls is near 60 percent, that’s assuming a traditional voter universe. But what if that doesn’t happen? What if Trump keeps up his attacks on the election and convinces his Republican base that the election’s “rigged,” and they stay home? What if, instead of making up 35 or 40 percent of the November electorate, Republicans only make up 25 percent?

There is a point where the pool of available GOP votes just isn’t big enough to deliver a win in a competitive race. Could that happen to Sununu? Sure. Anything can happen. Is it likely to?

“Sununu does well with the GOP base,” says Republican consultant Patrick Griffin. “He does well with Trump voters and he also does well with independents. While the [previous election spread for Republicans] data should be troubling for any incumbent who is of the same party affiliation of an unpopular president, Sununu suffers the good fortune of having two very weak opponents.

“Whichever one winds up with the nomination, they have to do well with more than just their base voters.”

According to Griffin, Sununu has both the support of Trump fans and the crossover appeal as Gov. Charlie Baker in Massachusetts. “He’s viewed as a socially moderate guy, who also has proven to be effective with voters who care about the way government is run: Taxes, budget, law and order and — most important — his handling of COVID.”

“I think Trump’s in big trouble, but I also think the presidential vote is still a long way away,” Griffin said.