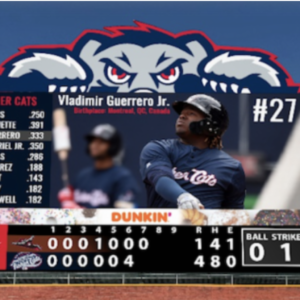 Last week, President Joe Biden gave his endorsement to calls for Major League Baseball to strip Atlanta of the 2021 All-Star game as an expression of outrage against Georgia’s newly-passed election reform laws.

“Look at what’s happened across the board. The very people who are victimized the most are the people who are the leaders in these various sports, and it’s just not right,” Biden said in an ESPN interview. “This is Jim Crow on steroids, what they’re doing in Georgia and 40 other states.”

Two days later, MLB took Biden’s advice and announced they were going to punish Georgia for its legislative actions by moving the game elsewhere.

But where? How about…New Hampshire? OK, so it doesn’t technically have an MLB franchise. (Go Sox!) On the other hand, the Granite State does have one of the highest rates of voter participation in the nation. It’s also home to the respected and well-run First In The Nation primary.

If Biden is right and the MLB should use a state’s election laws as a factor in picking the site of the next All-Star game, shouldn’t that put New Hampshire on the short list? Let’s check how the Granite State and Georgia’s voting laws match up.

Biden called the new Georgia law “sick” because  “you’re going to end voting at five o’clock when working people are just getting off work.”

Actually, as the Washington Post reported when it gave Biden’s claim “Four Pinocchios” for being inaccurate, the polls in Georgia on Election Day will be open from 7:00 a.m. to 7:00 p.m., and everyone in line by 7:00 p.m. must be allowed to vote. That’s more Election Day access than New Hampshire, where local municipalities decide when the polls open. Under state law, they can wait to open until as late as 11:00 a.m., though they are required to remain open until at least 7:00 p.m.

When Biden incorrectly claims Georgia Republicans passed a law that closes the polls at 5:00 p.m., he’s apparently referring to in-person early voting. And it’s true: Georgia law says you can vote early and in person when the local government offices close at 5:oo p.m.

Compare that to New Hampshire’s law which doesn’t allow any early in-person voting at all. There was an exception made in 2020 due to COVID-19, but as Secretary of State Bill Gardner told NHJournal, “We have one Election Day in New Hampshire, not two.”

When it comes to early voting, critics of the law keep saying it “limits voting access.” The New York Times claims, for example, “these new strict rules on early voting hours are likely to curtail voting access for Georgians.” Like Biden’s claim, that’s simply incorrect.

As the fact-checkers at The Dispatch report, the new law “actually expands voting access for most Georgians, mandating precincts hold at least 17 days of early voting—including two Saturdays, with Sundays optional—leading up to the election.”

Georgia Public Broadcasting’s Stephen Fowler concurs. “One of the biggest changes in the bill would expand early voting access for most counties, adding an additional mandatory Saturday and formally codifying Sunday voting hours as optional.”

Georgia’s new law does, as critics point out, narrow the window for absentee balloting. But the window is still far more open than in New Hampshire. Peach State residents have 11 weeks before an election to request an absentee ballot, though they have to return the application two Fridays before (to ensure there’s time to get the completed ballot back in.)  To make it even easier, the law also allows for applications to be returned online.

And, as The Atlanta Journal-Constitution notes, “voters can cast absentee ballots without offering an excuse in two-thirds of states, including Georgia. An excuse is required in one-third of states.”

One of those states: New Hampshire. (And, once again, Biden’s Delaware.)

Georgia’s voter law does require citizens to present proof of their identity in order to both register to vote and to vote — including absentee. Absentee ballots will no longer be verified via signature match but will instead go to an easier system of having the voter write their driver’s license number or last four of the Social Security number on the inner envelope.

Is this too great a burden on voters? Will it discourage turnout? Georgia had voter ID requirements in 2018 and 2020 and had massive voter participation.

However, it’s certainly a higher standard than New Hampshire, which currently allows people to both register and vote without ever showing ID. And state Democrats are currently in court fighting a new GOP-backed law that would prevent non-residents from voting in New Hampshire elections.

Food and Water at the Polls

While New Hampshire has strong anti-electioneering laws preventing people from campaigning in the polling places, including wearing clothing or jewelry promoting a candidate or cause. (A woman in Exeter, NH voted topless when confronted over an anti-Trump t-shirt while voting in last year’s state primary.)

However, the state’s law is silent on whether third-party groups can hand out food and drink to voters at the polls. Some see this as a form of electioneering and the new Georgia law bans it. In response, President Biden and others have claimed “you can’t give someone a drink of water at the polls.”

This is not true. While it’s true that outside groups can’t “distributing money, gifts, food, or drinks to voters within 150 feet of a polling place or 25 feet of voters standing in line to vote,” it’s also true that the polling place itself can. The county operating the polls that day can have self-serve water stations set up for voters who need it.

While there are many more aspects to each state’s election laws that can be debated, it’s clear that if Georgia is “Jim Crow on steroids,” New Hampshire’s laws are at least as restrictive as the Peach State’s, if not more so. If professional sports are going to boycott Georgia over its laws, there’s no reason for them not to do the same to the Granite State.

Or nearly every other state in the U.S. — a fact MLB is going to have to deal with as they try to find a new location for the All-Star game.