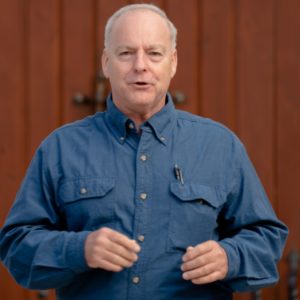 Hillsborough County Attorney-elect John Coughlin says he plans to hit the ground running when he takes office on Wednesday, bringing an end to controversies that roiled the office under the previous county attorney.

For two years, County Attorney Michael Conlon has been under fire over his management of the prosecutor’s office. For nine months, Attorney General Gordon MacDonald took control of the office following a vote of no-confidence by every police chief in the county. “The county chiefs were very pleased that the Attorney General took that step in the interest of justice,” said Bedford Police Chief John Bryfonski as the AG handed back the reins to Conlon.

Coughlin, a former county attorney and judge, says he’s already looking ahead to a brighter future. “We’ll have new hires approved by next week,” he tells NHJournal, saying he’s been working with county commissioners and the Attorney General to ensure a smooth approval process for new attorneys. Coughlin said the transition has been smooth and noted Conlon’s cooperation in the process.

“He’s given us access to the staff and office,” Coughlin says, “and he’s allowed us to make hiring decisions. Things are moving forward, and [Conlon] has been very cooperative.” Conlon lost his re-election bid to Coughlin on November 3.

One official looking forward to the change is Manchester Police Chief Allen Aldenberg, whose department brings most of the cases Hillsborough oversees. Chief Aldenberg says, “the biggest thing will be communication, and Coughlin is already off on the right foot.” Aldenberg says he’s met with Coughlin multiple times and talked by phone frequently during the transition period.

“We’re looking forward to having him in there,” Aldenberg tells NHJournal. “The staff over there are great, they just desperately need leadership, and Coughlin brings that to the table.”

Coughlin has his work cut out for him. COVID-19 has shut down trials across the state, exacerbating an already troublesome backlog of cases. That, combined with a felonies-first program implemented at the state level that has sent all felony charges to Superior Court, has sent the case-load “through the roof,” according to Aldenberg.

“When COVID-19 ends, the floodgates will open,” Coughlin says of the pending case backlog. “It’s going to be a real challenge. We need to be ready and prepared for that.”

Manchester contributes about 60 percent of the cases heard in Hillsborough Superior Court North, Coughlin says, so he’s planning to embed an assistant attorney at the police department.

“I’m all about it,” Aldenberg says, adding the department will give the liaison access to whatever they need. The liaison role will go a long way to improving communications on prosecutions in both directions, he says, noting that communication is certainly a two-way street.

“The direct connection will make things much smoother,” Coughlin says of the plan.

Coughlin also says that, starting with priority cases, his office will issue updates to involved parties at least biweekly. That courtesy will be extended to alleged victims, defense lawyers, and police departments. In the past, he notes, police and victims would only learn of a case’s disposition months later, without being given an opportunity for input.

“All victims and victim advocates should have input on restitution, penalties, whatever the case may be. Not just the victims that we’re statutorily required to notify either. All victims,” Coughlin says.

On personal recognizance bail, a controversial law that some say has been misapplied, Coughlin says “there’s only so much we can do, it really starts with the bail commissioners.”

“There’s certainly no reason why we can’t file motions to revoke [bail] to stop the revolving door, which has been really frustrating for law enforcement. There’s a lot of repeat offenders that keep getting released on bail.

“It will take a combination of the prosecutor, judge, statue, and law enforcement to make sure we get a handle on that problem.”