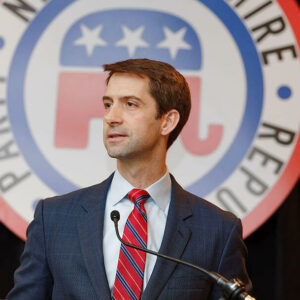 Cotton to Sununu: ‘Pray Hard,’ Then Run for Senate

In a podcast interview with New Hampshire Journal, the Arkansas Republican (and likely 2024 presidential candidate) was asked what advice he would give Sununu about whether to challenge first-term incumbent Sen. Maggie Hassan.

But Cotton then went on to note just how high the stakes are for Republicans in the 2022 cycle.

“Next year’s election is so vitally important because we need to win back control the United States Senate and put the brakes on the Biden agenda,” Cotton said. “Anyone who thinks they can make a difference — that they might be able to win in a state currently represented by Democrats like New Hampshire, or hold a seat where we have retiring Republicans like Pennsylvania and Ohio — needs to think carefully and pray hard about getting into that race. Because you don’t want to be looking at the election results next November wondering what might have been and whether you could have made a difference for your country,” Cotton said.

Cotton will be in New Hampshire this weekend campaigning for GOP candidates and causes, including the Lincoln-Reagan fundraising dinner in Lincoln on Friday night and a breakfast event for the Rockingham County GOP on Saturday.

Cotton has made several previous visits to Iowa and New Hampshire, though he brushes off questions about his 2024 plans. While he’s hardly the celebrity politician former President Donald Trump is, he has scored favorable conservative press thanks to his aggressive stances on hot-button issues like confronting China and supporting the use of force to suppress last summer’s riots.

Cotton supporters argue he’s been vindicated on both. His insistence that the COVID-19 virus may have originated in a Chinese lab and was covered up by the Chinese Communist government, once denounced as racist, is now the conventional wisdom among public health professionals. On Thursday, WHO Director-General Tedros Adhanom Ghebreyesus, widely viewed as a lackey of the Communist regime, admitted there was a “premature push” to rule out the COVID-19 lab leak theory early on.

And the impact of last summer’s riots — at least 11 dead and more than $2 billion in property damages — puts Cotton’s suggestion that they should have been more forcefully confronted in a different context.

Cotton isn’t backing down. On Thursday, he called out Critical Race Theory as “anti-American nonsense” and supported New Hampshire’s decision to intervene.

“No student in school and no employee in the workforce should be exposed to training sessions — really indoctrination sessions —  where they’re segregated by race and made to apologize for the sins committed by other people. And it is entirely appropriate for the government to step in under traditional civil rights laws.

“I think Americans aspire to a colorblind society,” Cotton added.