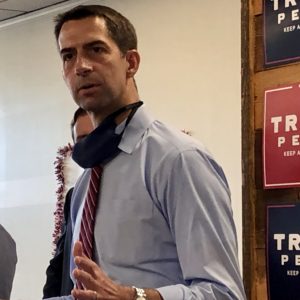 During a campaign stop in New Hampshire Friday, Arkansas Sen. Tom Cotton took issue with a Massachusetts Democrat’s claim that spikes in COVID-19 infections in the South and West are citizens in “red states…getting what was coming to them.”

Cotton told InsideSources that “no American deserves this virus. The people responsible for this virus are in Beijing, they unleashed an infectious disease on the world.”

“This virus is not partisan,” Cotton said. “We are in a state with a Republican governor and, right now, the numbers are pretty solid.  There are nearby states with Democratic governors where the numbers are OK as well.”

“We ought not blame our fellow Americans, and we certainly shouldn’t wish this virus on anyone. And we really shouldn’t politicize it the way Democrats have done, either,” Cotton said. 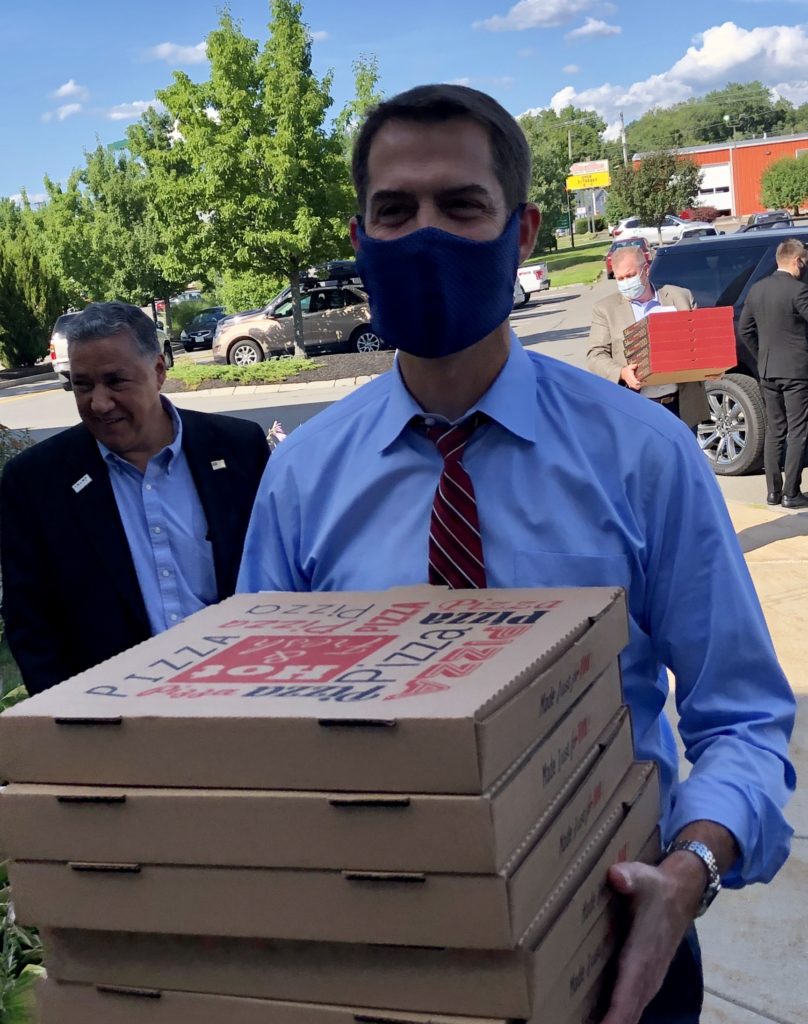 Rep. Moulton made his comments during a July 27 video conversation with Democratic U.S. Senate candidate Amy McGrath hosted by the nonprofit organization 92nd Street Y. McGrath is running a long-shot-but-high-profile race against Senate Majority Leader Mitch McConnell. Moulton asked her about the coronavirus situation in her state, adding:

“We certainly have this perception in the Northeast that all the red states are, you know, they kind of — they’re getting what was coming to them because they refused to follow these mandates, and they’re playing politics with this rather than listening to the science,” Moulton said.

Moulton is from just across the border in Salem, Mass., a state whose per capita death rate is the third-highest in the U.S. and nearly 800 percent higher than Kentucky’s. Moulton was briefly a Democratic candidate for president in 2020, but he failed to reach one percent support in neighboring New Hampshire and dropped out of the race.

Moulton’s comment echoed messages from fellow Democrats like President Barack Obama and Hillary Clinton that have been criticized as elitist and, some political analysts believe, helped boost Donald Trump’s populist candidacy in 2016.

Asked if he was, as Obama described some GOP voters a “bitter clinger,” (“They get bitter, they cling to guns or religion,” Obama said in 2008), Cotton laughed.

“Well, I’m definitely going to cling to my guns, even if the Democrats–empowered by a supermajority in Washington–come for them,” Cotton said.

Cotton was in the Granite State to headline the Hillsborough County Republican Committee fundraiser, and he stopped by Trump’s New Hampshire HQ in Manchester to address the volunteers and deliver pizza. Not surprisingly, his appearance in the “First in the Nation” primary state–the same state that saved the candidacy of fellow Arkansan Bill Clinton in 12992–sparked speculation about his 2024 plans.

“I won’t speculate about hypotheticals,” Cotton demurred. “I’ll just say that I am deeply committed to the Republican Party staying in charge in the U.S. Senate and the White House, and winning back the House of Representatives. And that’s why I’m here in New Hampshire.

“At the same time, this could be the center of the political universe. If the Electoral College breaks the right way and other states break the right way in the Senate and the House, New Hampshire could make all the difference in November.”