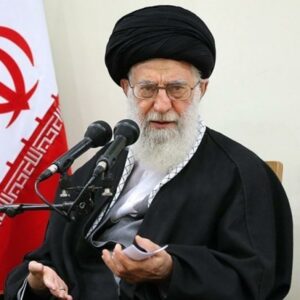 COTTON: Appeasing Iran Would be a Mistake

The ayatollahs of Iran do not respect or pity weakness. They exploit it. Since the moment Joe Biden entered the Oval Office, he has made one concession to Iran after another. As a result, today we face a regime that is more aggressive and assertive. Further accommodating the world’s largest state sponsor of terrorism would be a disastrous mistake.

Just last year, the Biden Justice Department revealed that Iranian agents attempted to kidnap an American journalist, Masih Alinejad, on American soil. Iranian intelligence assets stalked Ms. Alinejad in New York City, videotaped her family and home, and planned to abduct her and transport her to Venezuela and then Iran, where she would face imprisonment or death for her criticism of the regime. This detestable kidnapping scheme on American soil was an insult to American honor and a gross violation of countless laws and international conventions.

Those facts didn’t stop the Biden administration from announcing the very same day that the United States would unfreeze billions of dollars in Iranian assets. This one-sided gift was in no way conditioned on good behavior or good faith on the part of the Iranian regime. One can hardly imagine better proof of the administration’s unseriousness.

This kidnapping attempt is also not an isolated incident. The ayatollahs are also actively plotting the assassination of Trump administration officials on American soil — and openly advertising their intent. If we had a competent president, a precondition of any negotiation or act of accommodation would be that such schemes are immediately quashed and never revived. Instead we have a president intent on turning a blind eye to Tehran’s endless provocation and aggression.

For years, the Iranian military has been actively arming terrorists in Iraq and Syria to kill U.S. service members, including with aerial drones meant to evade U.S. base defenses. An Iranian-backed terror group used one of these drones last year to target and destroy a dining facility used by U.S. service members. Iranian proxies also used these drones to carry out an assault on another U.S. government facility. The situation became so dire that the president ordered airstrikes against two known launching points for these attacks.

Iran is also supplying Hezbollah, Hamas and Palestinian Islamic Jihad with massive stockpiles of long-range rockets, which are increasingly precise and deadly. The consequences of Iran’s arms trafficking were on full display last year when Hamas and PIJ fired more than 4,000 rockets at Israel, our closest ally in the region. This sparked a significant battle that ultimately cost hundreds of lives and threatened to spread into a widespread conflict.

Our special envoy in Yemen has similarly found that the Iranian government is continuing to provide “significant” and “lethal” aid to the Houthi rebels, who are responsible for one of the bloodiest civil wars anywhere on the globe. After Biden inexplicably removed the Houthis from the U.S. government’s list of terrorist groups early in his term, the Houthis and their Iranian patrons escalated their attacks against Saudi Arabia and launched a major new offensive. The violence escalated so much that the administration considered relisting the Houthis as a terrorist group earlier this year.

Yet, Tehran’s growing aggression is but a distant thought to Biden’s negotiators. According to reports, the Biden team is prepared to remove almost all sanctions on Iran in exchange for Iran agreeing to even less stringent terms than the 2015 nuclear deal. The 2015 deal includes restrictions on Iran that have either already expired or will expire soon, but this new agreement would do nothing to extend these timelines. Biden’s team will likely try to lift sanctions related to Iran’s terrorism and military activities, which are completely unrelated to Iran’s pursuit of nuclear weapons. In other words, in addition to giving away the farm, Biden’s crack team of appeasers is insisting that Iran take the shirt off our back as well.

In a particularly galling move, the administration is apparently considering lifting sanctions on Iran’s brutal Islamic Revolutionary Guard Corps, which was responsible for more than 600 American deaths during the Iraq War. Contrary to the assertions of some, the Iranian nuclear program is not our only strategic priority. We must also deploy every tool available to punish the world’s leading sponsor of terrorism. No serious figure can claim that lifting sanctions, either partially or in full, on the Revolutionary Guard would reduce terrorism in the region.

If we sign the deal currently under consideration, we would fill the Iranian regime’s coffers and unleash its terror battalions in exchange for empty assurances on nuclear weapons that the Iranians will never honor.

We know Iran won’t honor this nuclear deal because it didn’t honor it last time. As a result of a daring Israeli raid on an Iranian nuclear archive in 2018, the International Atomic Energy Agency discovered multiple undeclared nuclear sites since the 2015 agreement was signed. Despite constant attempts by the Iranians to obstruct access and to destroy evidence, the IAEA still found evidence of secret nuclear activity at these sites. Iran didn’t tell the truth then, and it is not telling the truth now.

As soon as President Ebrahim Raisi and Supreme Leader Ali Khamenei believe they have bilked all the benefits that they can from the agreement, they will rapidly proceed to a bomb. In the meantime, the regime will use the profits from sanctions relief to build its military arsenal and expand its support for terrorism across the region.

President Biden should immediately end negotiations in Vienna and return to a policy of maximum pressure against Iran. The president should start enforcing Trump-era sanctions on the regime, re-list the Houthis as a terrorist organization, increase support for Israel’s military so that it can both defend against Iran’s proxies and prevent a nuclear Iran, and bar Iranian officials from entering the United States for attempting kidnappings and murders on our soil.

We can either allow Iran’s scourge of terror and oppression to ripple across the Middle East or we can forthrightly confront and thwart its evil ambitions. I urge the administration to change course and confront the regime in Iran, but I’m not holding my breath.

Tom Cotton (@sentomcotton) is a Republican senator from Arkansas. He wrote this for InsideSources.com.