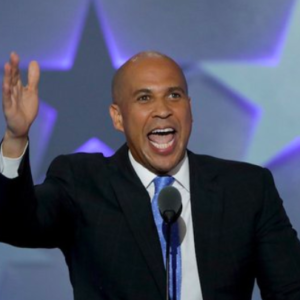 Cory Booker’s Preaching Unity to a Polarized Democratic Party. Will It Work in the Primary?

So said Jim Demers, a key player in New Hampshire Democratic politics, the morning Booker released a video announcing his candidacy.  But is Booker’s “Together We Will Rise” slogan the message Democratic primary voters in the divisive era of Donald Trump really want to hear?

“I talked to him last night,” Demers told NHJournal. “Sen. Booker called around 9pm, right before he went to meet with his minister to share his decision [to run in 2020] with him.  He told me how happy and excited he is to get back to New Hampshire.”

Demers has been on the Booker bandwagon for months, one of the few prominent Granite State Democrats openly backing a candidate a year ahead of the primary.  (While no date has been set, the current thinking is that New Hampshire will vote on February 11, eight days after the Iowa caucus, which is tentatively set for February 3.)

Demers believes Booker has the right mix of progressive policies and compelling personality to do well in the retail-politics arena of New Hampshire.

“New Hampshire is a critical state for Sen. Booker. I don’t think anyone in the campaign has any illusions about competing in here with candidates with neighboring states in the race.  But he will do well here, and a good showing here sets him up well for South Carolina,” Demers said.

Booker was certainly enthusiastically received by New Hampshire Democrats in November at the party’s post-midterm victory celebration in Manchester, where the fire marshal was forced to send part of the packed crowd into the overflow room. But even Demers acknowledges that Granite State Democrats aren’t in a rush to pick a nominee.

“They are not going to make up their minds early. They want to get this right. They want to know who has the strongest chance to beat Trump,” Demers said.

Sen. Booker’s message of unity (He’s the author of the book “United: Thoughts on Finding Common Ground and Advancing the Common Good“) might help him win a general election, pulling independents away from President Trump. But will it help him win Democratic primary voters in progressive electorate more energized by the opportunity to defeat Republicans than reach out to them? An electorate that, according to a recent NHJournal poll, believes Rep. Alexandria Ocasio-Cortez better represents their party today than Sen. Hillary Clinton? 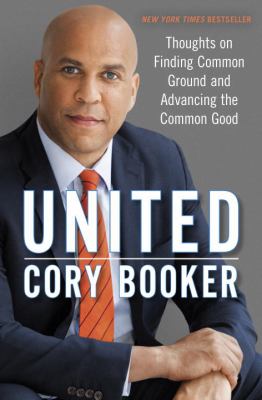 “Booker is filing the only lane that hasn’t been occupied yet in the field – bringing people together. It’s designed to attract moderates and independents,” says former Hillary for America senior aide Joel Payne. “One pollster I spoke with recently said that candidates should not underestimate voters desire for pragmatism and unity. That appears to be part of the bet that Booker and his team are making from the outset.”

Perhaps, but it’s not showing up in polls as of yet. While early polling of the overall electorate before some candidates are even in the race isn’t particularly helpful, two straw polls of progressive activists released in December give a glimpse of how the most energized members of the Democratic base view the field.  In a MoveOn.org straw poll, supporters ranked Booker ninth in the field with just 2.6 percent support, well below Beto O’Rourke (16 percent), Sen. Kamala Harris (10 percent) and Sen. Elizabeth Warren (6 percent).  Booker also failed to crack the top five in a similar straw poll by the progressive political action committee Democracy For America.

And  in a recent Suffolk University poll of Democrats nationwide, not only do more want the Pelosi-led House to prioritize investigating Trump over addressing climate change (22 percent-18 percent), but by a two-to-one margin (56 percent-24 percent) they’re worried that congressional Democrats’ efforts against Trump won’t go far enough.

That same poll, however, found that the overall priority for Democrats–and Americans in general–is for Washington, DC to “stop fighting and get its act together.”

So do Democratic primary voters want a unifier, or a fighter? Someone to bring Americans together or to take on Trump?

“I believe that on the political Left, those are the same message,” Republican pollster Scott Rasmussen tells NHJournal. “Our data show that Democrats strongly believe the president is guilty of treason and should be impeached. They have a hard time recognizing that not everybody shares their views.”  In other words, Democrats believe that opposition to Trump is the unifying message.

“I think you’ve seen a real shift recently,” Demers said. “People really want the Trump presidency to end.  Regardless of party affiliation, they want government to work and they don’t see that today They want a country that’s united. That will only happen if we have different people leading our country,” Demers said.