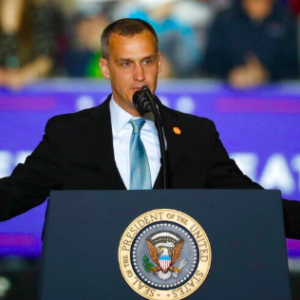 While the 2020 presidential candidates got most of the attention, plenty of New Hampshire state political figures were featured at Saturday’s convention as well: Sen. Jeanne Shaheen, Rep. Annie Kuster and… Trump campaign manager Corey Lewandowski?

The potential 2020 U.S. Senate candidate was part of the Democratic Party convention festivities before they even began. Reporters arrived Saturday morning to find fliers on their desks from the state party attacking “Corrupt Corey” as a “shadow lobbyist.” The Windham resident, who has not declared his candidacy, was the only one of the four presumed GOP challengers to Sen. Jeanne Shaheen to get a shout out from the convention stage. 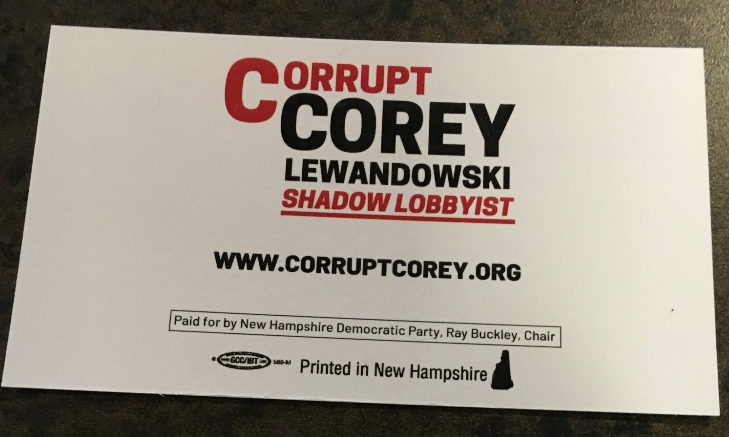 Senator Amy Klobuchar (D-Minn.) pledged to the NH audience that Lewandowski would never sit in the Senate, and Rep. Tim Ryan (D-Ohio) called him a “Trump sycophant.” And the chairman of the Democratic National Committee Tom Perez when even farther, calling Lewandowski a “crooked crony” and telling the crowd, “If he decides to get in [this race], Jeanne Shaheen is going to kick his butt!”

Ironically, Lewandowski received more positive reviews from that same SNHU arena stage when his old boss Donald Trump called him “fantastic” and said if Corey ran he’d “go into Washington and he’s going to have you in mind,” during a campaign rally.

Lewandowski told NHJournal he was taking it all in stride. “I’m not even a candidate for office and the Democrats are already so afraid I am going to highlight Jeanne Shaheen’s failing record and her continued support of AOC that they’re attacking a private citizen.”