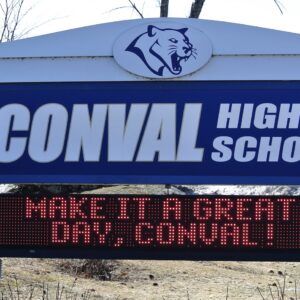 The New Hampshire Supreme Court punted the ConVal lawsuit back to the Cheshire Superior Court, where Judge David Ruoff will need to determine what services should be funded for an “adequate education,”

The Peterborough-based Contoocook Valley Regional School District sued the state in 2019, arguing that the $3,636 per-pupil adequacy grant is not here close to covering the cost of an education.

The state’s high court ruled in the 1990s that the state Constitution guarantees all students a right to an adequate education, though it never defined what that means, and left it up to the legislature to determine.

“We appreciate the court’s diligence and for their work in reviewing this case,” said Gov. Chris Sununu. “Today’s ruling reaffirms that this is an issue that belongs in the Legislature and not in legal limbo. As the most representative body in America, the New Hampshire Legislature must have the authority to make education funding decisions.”

However, it was the legislature’s own data and formula that was in dispute during the ConVal lawsuit. ConVal, along with 25 other districts that joined the suit, argued that the state needs to cover the cost of teacher salaries, maintenance, transpositions, and food. The true value of the gran should be closer to $10,000 per pupil, the district argued.

“The state determined that in 2019 it cost $3,636 per student to provide an adequate education. By the state’s own formula, our districts all should have received more than $9,900 per student,” the superintendent of ConVal, Monadnock, Mascenic and Winchester school district said in a statement released Tuesday.

The cost per pupil on ConVal is a little more than $18,000 a year, and the ConVal annual school budget is seen climbing toward $50 million.

The Claremont lawsuits, brought by Claremont and other so-called property-poor towns, sought a way to lessen the reliance on local property taxes to fund education. Andru Volinsky, one of the Claremont lawsuit lawyers and former Executive Counselor, said Tuesday’s ruling does little to help students.

“(It) appears the ConVal case accomplished very little,” Volinsky said. “The only thing that is clear is that property taxes will continue to go up disproportionately in the property-poor communities where almost three-fourths of our school children live.”

Ruoff’s original decision from 2019 was clear that the state was not meeting the obligations to provide an adequate education under the Claremont decision.

“(The funding formula is) not only unsupported by the legislative record but [is] clearly or demonstratively inadequate according to the Legislature’s own definition of an adequate education,” Ruoff ruled at the time.

The case will now go back to the Cheshire Superior Court in Keene where Ruoff will have to hold hearings in order to determine what needs to be funded to count as an adequate education.