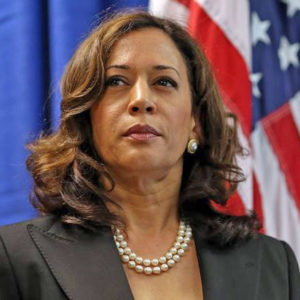 When Vice President Kamala Harris lands at the Laconia Municipal Airport on Friday, she’ll be greeted by Republican Gov. Chris Sununu, who said Thursday his message for her will be, “Welcome to New Hampshire!”

“Madame Vice President, you’re at the wrong border” is the ad’s headline, placed by the Independent Leadership for New Hampshire PAC. “Over 2,000 miles away, a humanitarian crisis on the nation’s southern border demands your attention.” 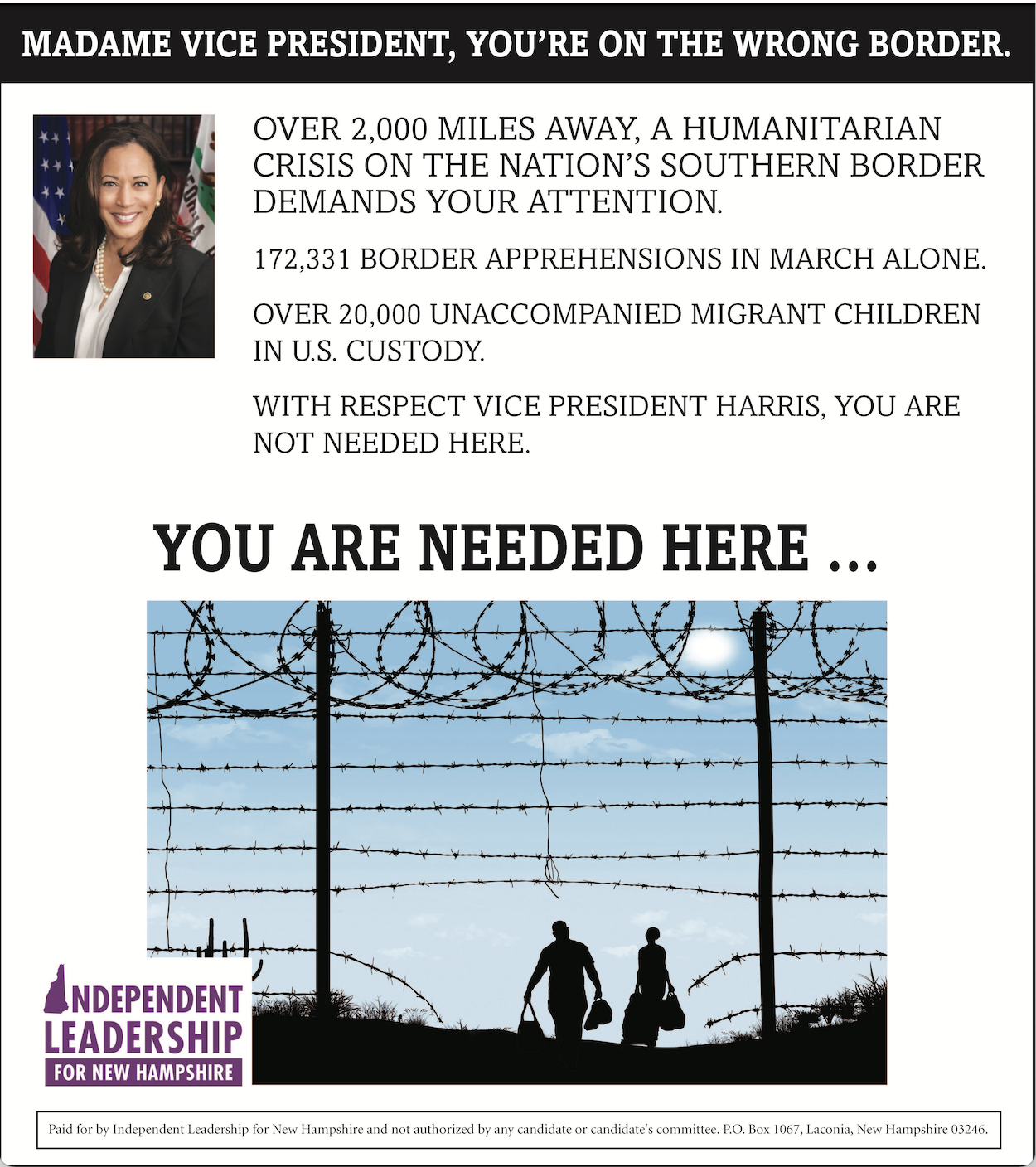 “We love it when national political figures visit the Granite State, of course. But Vice President Harris’s trip to New Hampshire is a true head-scratcher,” Patrick Hynes, whose organization is behind the ad, told NHJournal. “It’s been a month since President Joe Biden tasked her with fixing the humanitarian crisis on our southern border. Yet, she refuses to visit the U.S.-Mexico border and barely even mentions it.”

Hynes is the director of Independent Leadership for New Hampshire. He is also president of Hynes Communications and a columnist for the New Hampshire Union Leader.

On March 24, President Joe Biden announced at a White House event that he’d asked his veep to take on the border and migration issues.

“In addition to about five other major things she’s handling, but I’ve asked her — because she’s the most qualified person to do it — to lead our efforts with Mexico and the Northern Triangle and the countries that are going to need help in stemming the movement of so many folks, stemming the migration to our southern border.”

Harris thanked Biden “for having the confidence in me.  And there’s no question that this is a challenging situation.”

And in the month since she was given the border security portfolio, she has yet to put boots on the ground at the border. As a result, border security advocates and partisan Republicans are mocking her visit to the Granite State.

The NHGOP sent out a fundraising email with the headline “Wrong border, Kamala!”

“The vice president seems to be confused about which border is experiencing a crisis,” Mark Krikorian, executive director of the Center for Immigration Studies, told NHJournal. “Either that, or she’s going to New Hampshire in order to put herself as far as possible from the border disaster her boss created.”

New Hampshire Democratic Party Chairman Ray Buckley dismissed both the ad and the group behind it.

“Nobody takes anything the gadfly Hynes or his one-person PAC says seriously, and we’re certainly not going to start today,” he told NHJournal.

“The time will come for Kamala Harris to visit New Hampshire frequently. But that time is not now. She isn’t needed in New Hampshire. We’re just fine. She should go to the southern border and tackle the humanitarian crisis resulting from her administration’s muddled policies.”