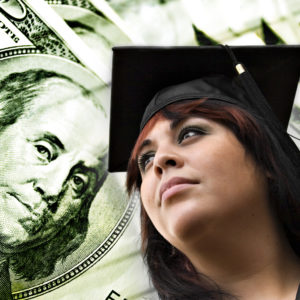 Congress did not reauthorize the Federal Perkins Loan Program by its deadline on Sept. 30, leaving the program, which provides small student loans to low-income students, to expire.

Perkins loans were formerly available to undergraduate, graduate, or professional students enrolled full-time or part-time at a one of the 1,400 colleges participating in the program. The loan is set at a five percent interest rate and is issued by the college rather than the government, with students paying back the amount to the college.

Legislation introduced in both the House and the Senate called for a two-year extension of the program but was halted by congressional leadership, including Sen. Lamar Alexander, R-Tenn., and House Majority Leader Kevin McCarthy, R-Calif. Alexander said the program made the financial aid system more complex and called for a simpler solution.

Democratic Representatives took to social media to express their frustration with the program’s expiration.

Rep. Kyrsten Sinema, D-Ariz., tweeted: “Education was my ticket to a better life. I cosponsored bipartisan legislation to reauthorize Perkins Loans because Washington gridlock should never stand in way of a good education.”

Rep. Carol Shea-Porter, D-N.H., sent out an email newsletter in which she detailed a “very frustrating week in Washington.” Shea-Porter wrote “many critical programs expired because of Congressional inaction” on Sept. 30, including the Perkins loan program which she wrote “helps thousands in New Hampshire to attend college.”

The State University of New York Student Assembly (SUNY SA) issued a press release prior to the Sept. 30 deadline which called on congressional leaders to reauthorize the program. Arthur Ramsay, senior director of communications of SUNY SA, said in an interview with NH Journal that the organization has expressed its support for the Perkins Loan Program in the past. SUNY SA advocated for a two-year extension of the program in 2015 before it expired for three months.

The House bill was sponsored by Rep. Elise Stefanik, R-N.Y., and included over 52 percent of individual representatives signed on as cosponsors, displaying its broad bipartisan support. The Senate bill lacked as much widespread support but did receive 12 cosponsors, including Sens. Chuck Schumer and Kirsten Gillibrand, both of New York.

“I’m very proud that every single member of New York State’s congressional delegation, both Republican and Democrat, signed on to the two bills as cosponsors,” Ramsay said. “We have a really strong higher education mindset in New York.”

Ramsay said Perkins loans are unique since they are federally subsidized and do not have interest charged until nine months after a student stops receiving them. The loan’s five percent interest rate is less than those charged by most private loans. The program also features a “revolving fund,” with campuses paying into the loan system alongside the federal government. According to Ramsay, one third of funding for Perkins loans originate from the college, which increases both risk-sharing and accountability.

Ramsay said SUNY SA is opposed to seeing higher education funding used as a “political football,” especially for legislation seeking a two-year extension on small loans to low-income students. He said most SUNY student governments voiced their concerns to SUNY SA about the expiration of the Perkins program, which culminated in rallies at SUNY Albany and SUNY Alfred last week. SUNY SA also works with the SUNY’s government relations team in advocating on this issue, using a representative to lobby in Washington, D.C.

“We think it’s really a shame that education funding is used for political maneuvering but it is a reality of the climate we live in,” Ramsay said.

SUNY SA’s biennial meeting is scheduled for next week to discuss its upcoming legislative agenda and will likely focus on renewing the Perkins Loan Program. Ramsay said SUNY SA will also be meeting with its partner student organizations in the coming months, including the California State University system, University of California system and City University of New York system, to discuss strategies to advocate on higher education issues.

Ramsay said he is optimistic the loan program will eventually receive an extension like it did in 2015, but said legislators who caused its expiration could face repercussions at the ballot box next year.