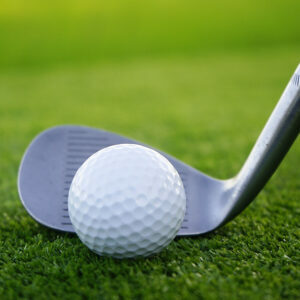 GRAHAM: Congrats to Mickelson for Big Win in Game – Not Sport – of Golf

And thank you for the big win you gave me in the ongoing and hotly-contested debate over the question: Is golf a sport?

Answer: Obviously not. As the AARP-eligible champion just proved.

I spent 15 years doing talk radio for a living (and loving every minute of it) and I discovered that for all my passion about profound issues of politics and public policy, it was the seemingly unserious questions many listeners were most serious about. One day I casually commented on air that golf is not a sport, and the phone lines exploded, jammed with angry fans of “a good walk spoiled” who were spoiling for a fight.

Rant all you want about foreign policy or a $15 minimum wage. But suggest that golf isn’t in the same category as basketball and hockey, and suddenly the radio station parking lot is full of golf fans ready to beat you senseless with a pitching wedge.

Why? What’s the big deal if golf is a game rather than a sport? It’s still the same boring, insufferable waste of four hours, the same excruciating mix of warm beer, cold fear, and sheer agony.

OK, so maybe I have some personal golf issues, too….

I played golf seriously — and horribly– in high school and college. Young, broke and living in rural South Carolina, my friends and I couldn’t afford green fees, so we’d sneak onto the backside of the local course, playing holes that couldn’t be seen from the clubhouse, with golf balls we retrieved from the water hazards.

After years of pouring over Golf Digests and getting tips from anyone who could shoot par on a putt-putt course, I was still just as lousy on my last day as I had been on my first. I’d poured my heart and soul into “The Game of Kings” and got nothing in return but sunburn and self-loathing.

So I walked away. (Who could afford a cart?)

Eventually, I embraced the view of the great H. L. Mencken: “If I had my way, any man guilty of golf would be ineligible for any office of trust in the United States.”

Which is why I can be a fair and objective arbiter on the “sport or game” question in a way true golf lovers cannot.

Begin with definitions. A sport is a competition between athletes. A game is a competition of skill. In an athletic competition, all other factors being equal, athleticism – strength, stamina, power – will determine the outcome.

And there is no definition of “a competition of athletes” that includes the 50-year-old guy in the Sansabelt slacks coming in first.

Still disagree? OK—did you play sports in high school? If you did, you almost certainly had to run laps or do drills.

Did you ever see a high school golf team run laps? Of course not. What’s the point?

That doesn’t mean Mickelson’s accomplishment isn’t amazing, or that golf isn’t worthwhile. To play at the PGA level requires tremendous skill in the face of intense competition. In fact, it could be argued that golf requires the greatest, most difficult challenge of all: mastering yourself.

But it’s still a game.

And what’s wrong with that? Chess is a game. Should chess players be embarrassed that they aren’t athletes?

Yes, most sports also require great skill as well. Hockey, football and basketball are all skill games. The difference being that if you can’t achieve a minimum level of athleticism, no amount of skill is enough. The exceptions – kickers in football, pitchers in baseball – merely prove the rule.

So celebrate Phil Mickelson’s accomplishment, along with the 28 other golfers over the age of 40 who’ve won a major tournament. Call him a great competitor, call him a great sportsman. Just don’t call him an “athlete.”

Do you know who was leading the PGA Championship for the first few minutes of the tournament?

John Daly. With a cigarette and Diet Coke in his hand.

I rest my case.

PODCAST: David Drucker Talks Trump and the Future of the GOP