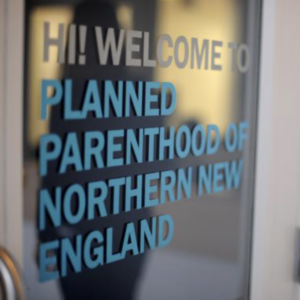 According to Jason Hennessey, president of New Hampshire Right to Life, Planned Parenthood of New England is ineligible for the PPP funds, which are meant to go to small businesses. Hennessey said the SBA already found the affiliate structure Planned Parenthood uses disqualifies it from getting the funding.

“Taxpayers should not be forced to subsidize or pay for abortions. The SBA has already determined that the Planned Parenthood affiliate structure is such that it was unlawful to apply for the PPP funds; therefore, Planned Parenthood of Northern New England should return the taxpayer funds,” Hennessey said.

The Paycheck Protection Program, or PPP, was meant to help small businesses stay afloat during the COVID-19 pandemic lockdown.

According to the complaint Hennessey filed with SBA Administrator Isabel Guzman, Planned Parenthood of Northern New England, Inc. claimed a 2019 gross revenue of $27,153,085 and net earnings of $1,562,789.

“These are not the type of revenue streams that are typical of a small business,” Hennessy wrote.

News of millions of PPP dollars being distributed to Planned Parenthood chapters sparked outrage from members of Congress who said the COVID rescue money was never intended for an organization that in 2018 reported almost $1.9 billion in net assets, $564 million in taxpayer funding, and $1.67 billion in total revenue.

“There is no ambiguity in the legislation that passed or public record around its passage that organizations such as Planned Parenthood…is not eligible for the Paycheck Protection Program,” Sen. Marco Rubio (R.-Fla.) said last month. “Those funds must be returned immediately. Furthermore, the SBA should open an investigation into how these loans were made in clear violation of the applicable affiliation rules and if Planned Parenthood, the banks, or staff at the SBA knowingly violated the law, all appropriate legal options should be pursued.”

The SBA rejected other regional divisions of Planned Parenthood when those organizations applied for PPP loans. Hennessey noted that Planned Parenthood of Metropolitan Washington was ordered to return $1,328,800 after an investigation deemed that it failed to disclose the affiliate relationship with the Planned Parenthood Federation of America, Inc.

New Hampshire has some of the most extreme pro-abortion laws in America, including no restrictions on abortion up to the day of birth, despite polls showing a large majority of voters oppose this policy. The same is true for taxpayer-funded abortions. A national Marist Poll released earlier this year found 58 percent of Americans say they oppose taxpayer funding of abortion, while just 38 percent support it. A Politico/Harvard poll in 2016 found likely voters oppose Medicaid (taxpayer) funding of abortion 58 percent to 36 percent.

A representative for Planned Parenthood of New Hampshire was contacted about Hennessey’s letter but declined to respond.