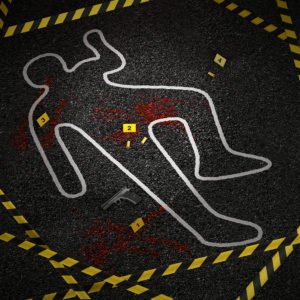 O black Jesus, please kill all the whiteys,” was one post. Posted by Black nationalist/terrorist Frank James, dubbed as the “Subway Shooter” by much of the media.

CNN, for instance, repeatedly made references to James’ “racist rants” or his “racist social media.” And left it at that.

Which begs the question when hearing the racial reporting: “What the hell did the fool say?”

Perhaps Miranda Devine, columnist for the New York Post, is right with her assertion that the media downplayed the racial angle. This guy fired 33 bullets, shot 10 people, with blood spattered in a wide swath on a  subway train and platform in Brooklyn. All before his gun jammed.

And he was a Black guy who railed against Supreme Court justice-designate Ketanji Brown Jackson for having a White husband. So, James isn’t just anti-Black, as some media would have you believe.

The conservatives should have a field day with these nuggets. Especially when you add the latest news coming out of Los Angeles.

The Los Angeles Times inserted this attention-grabber in its digital news summary:

“Today’s Headlines: 17 L.A. gangs have sent out crews to rob the city’s wealthiest.”

With these next two paragraphs:

“More than a dozen Los Angeles gangs are targeting some of the city’s wealthiest residents in a new and aggressive manner, sending out crews in multiple cars to find, follow and rob people driving high-end vehicles or wearing expensive jewelry, according to police. In some cases, police say, suspects have been arrested but then released from custody, only to commit additional robberies.

“According to Capt. Jonathan Tippet, who spearheads a Los Angeles Police Department task force investigating these crimes, police have identified at least 17 gangs, most based out of South L.A. and operating independently, that are involved. There were 165 such robberies in 2021 and 56 so far this year.”

One such robber was 18-year-old Matthew Adams. Adams, according to L.A. police, was involved in eight follow-off robberies during a sixth-month period starting last fall, including one in which two UCLA students were robbed of two watches worth nearly $145,000 after leaving a nightclub, a second in which two foreign tourists were robbed of watches worth $73,000, and a third in which $51,000 in property was stolen.

Also, at a mall in Columbia, S.C., on Saturday, two warring factions of assailants fired at each other, leaving nine of the 14 injured with gunshot wounds. Two weeks before in downtown Sacramento, on April 3, five suspects were arrested as six died with 12 wounded in a gang dispute, including one shooter of 28 rounds who had just been released from prison in February because of COVID-19.

All the while the aforementioned drama has been drowned out by the national media because of the Ukraine-Russia War, there is the matter in Grand Rapids, Mich., where Patrick Lyoya, a 26-year-old Congolese refugee, was killed by a White police officer during a routine traffic stop after struggling over a stun gun.

Bottom Line: Bad things happen when you struggle with a cop. And usually the national media appears to side with the dead party.

But there are a few questions: Why did Mr. Lyoya run from the officer? Why did he try to grab the cop’s Taser? What is the responsibility of the accused in these situations?

Questions that apparently are difficult to answer.

In Washington, D.C., City Council members Charles Allen and Phil Mendelson are the focus of frequent television commercials targeting a crime surge of murders, carjackings and focusing on cutting police funding. The commercial simply states: “Hundreds of good cops have left the department.” And, “Enough is enough. Innocent people are dying.”

Par for the course.

Still, New York and Los Angeles’ stark happenings are two of the worst narratives the nation’s two largest cities DO NOT want to hear. These events are perfect fodder for Republicans in the midterm elections in the fall and the Big Enchilada in 2024.

The message: Be careful in big cities and be aware of hoodies and bail reform in public.

New York has a Black mayor (Eric Adams) who is a former cop with a promise of being tough on crime, and a Black female police commissioner (Keechant Sewell).

How often does a police officer win anything in New York?

When people are scared, that’s when.

Take note, Los Angeles, and the remainder of the country come election time.

Gregory Clay is a Washington columnist and former assistant sports editor for McClatchy-Tribune News Service. He wrote this for InsideSources.com.