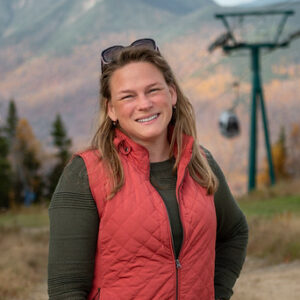 Longtime Republican activist Christine Peters of Amherst is jumping into the race for New Hampshire GOP state vice chair. It is turning into a heated contest inside the party.

“Over the last 20 years, I have served the NHGOP on every level from town and county committees to the NHGOP Executive Board and the New Hampshire Federation of Republican Women,” Peters said in a statement. “I am committed to fiercely supporting our platform, engaging our committees, fundraising through strategic efforts, and working hard to bring unity throughout our state party. Though at times we may differ on process or policy, at the end of the day, we can all agree that we must stay focused on our main goal: electing Republican candidates across the Granite State!”

Peters is currently vice chair of the Souhegan Cooperative School Board and a director of the New Hampshire Federation of Republican Women.

Both NHGOP Chairman Stephen Stepanek and Vice Chair Pamela Tucker have announced they won’t seek another term when the state committee meets next month.

While Republican National Committeeman Chris Ager is the only announced candidate for the chairman’s job, there are already two candidates in the race for the vice chair spot: Failed U.S. Senate candidate Don Bolduc and current state Board of Education member Ryan Terrell. Sources say state Rep. Fred Doucette (R-Salem) has been considering a run as well.

Gov. Chris Sununu has endorsed Terrell and has made it clear he is not a fan of Bolduc’s bid to become one of the Granite State GOP’s public faces. Asked about Sununu’s endorsement of Terrell, Peters told NHJournal she was undaunted.

“It’s always exciting to see new people getting involved. I believe I bring a wealth of experience and a unique perspective to the role. I wish both Ryan and Gen. Bolduc the best and hope they will be staying involved with committee activities, regardless of who wins,” Peters said.

Sununu said he plans to get involved in the chairman’s race, too. Sources say it is extremely unlikely he will be backing Ager. The committeeman has been publicly critical of Sununu on issues like his handling of COVID-19.  And Sununu supported Steve Duprey for the RNC spot over Ager two years ago. Sununu said last week he expects more candidates to get into the chairman’s race, and multiple GOP sources say he has been on the phone trying to make sure that happens.

Another Duprey backer in 2020 was longtime Trump advisor Corey Lewandowski. Today he is on a list of 70 prominent Granite State Republicans who have announced their support for Ager. There are 23 elected GOP officials on the list, including Executive Councilor Dave Wheeler and newly-elected state Sen. Daryl Abbas (R-Salem). Augusta Petrone, considered by many the matriarch of the state GOP, is also on the list.