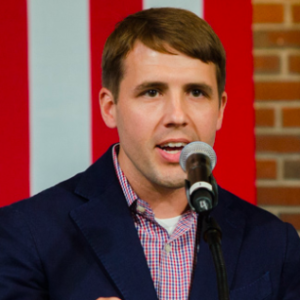 Chris Pappas Calls Out Sullivan Over “Equivocation” on Confederate Icons

The battle lines have been drawn in the First Congressional District over, of all things, Confederate monuments,  and Maura Sullivan is taking incoming fire from her most prominent opponent in the primary, Executive Councilor Chris Pappas.

Following a day filled with angry reaction to Sullivan’s comment that erecting and maintaining monuments to the Confederacy “is an issue state and local communities should decide,” Chris Pappas issued a statement to NHJournal condemning Sullivan’s stance.

“We should never miss an opportunity to state unequivocally that Confederate monuments represent hate and division and have no place in our public squares,” Pappas said. “It’s hard to believe that this is even a debate in 2018. These monuments were erected to glorify racism and intimidate African-Americans. Rather than memorialize the Confederates who took up arms against our country, we must repudiate them. These monuments only have one acceptable place: in the ash-heap of history.”

Earlier in the day, responding to attacks from other Democrats in the race in which she was compared to “Neo-Nazis and Southern Revivalists,”  Sullivan–a former resident of Virginia– issued a clarification of her position, insisting that she opposed any federal funding for monuments to the Confederate Army or cause. 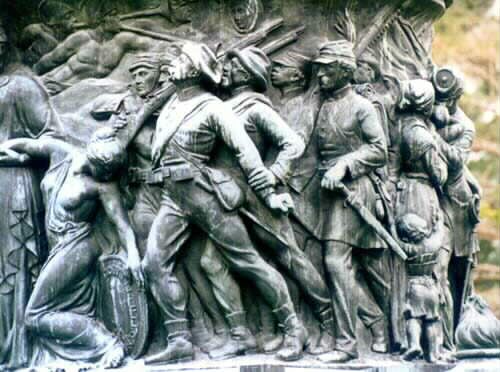 From the Confederate Memorial at Arlington National Cemetery in Virginia.

On Tuesday, Chris Pappas is scheduled to appear at a lunch event in Manchester with U. S. Senator Jeanne Shaheen who, the campaign has announced, intends to endorse him in the Democratic primary.  Interestingly, Sen. Shaheen appears to side with Sullivan on the subject of Confederate history. In an interview last August–and soon after the incident in Charlottesville– Shaheen said that while she didn’t support memorializing the Confederacy, “I personally don’t think we should smash [Confederate statues] to bits.”

“I do think we should put them in a place where they remain as part of our history, but we’re not glorifying what happened there.”

Shaheen also declined to sign onto the “Confederate Monument Removal Act” backed by her fellow Democrats Sens. Warren and Markey in neighboring Massachusetts, a bill that would have banned all Confederate statues from the U.S. Capitol.

Perhaps the subject will come up at their lunch in Manchester on Tuesday.