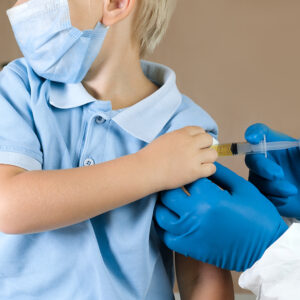 With the midterm elections less than three weeks away, the Centers for Disease Control and Prevention (CDC) has put itself in the national political controversy over schools, vaccines, and mandates. It is an issue that could amp up the already growing parents’ rights movement that appears to be helping the GOP.

A CDC panel voted unanimously Thursday to add the COVID vaccine to the recommended immunization schedule for children as young as six months.

“The decision to officially add COVID vaccination to the schedule now goes to the CDC. The agency is expected to sign off on the recommendation, but it is not required to do so,” NBC News reported.

CDC representatives were quick to point out that they don’t set vaccine policies for local governments. “States establish vaccine requirements for school children, not [the Advisory Committee on Immunization Practices] or CDC,” the agency said in a statement. The statement was released after a segment on Tucker Carlson’s Fox News show claiming the vote meant “will not be able to attend school without taking the COVID shot.”

Given the anger parents have expressed over the impact of closed classrooms and the debate over vaccine mandates, CDC board members acknowledged the vote’s impact.

“This represents sort of a summary of existing recommendations. But I will acknowledge, I appreciate that there is a symbolism in adding COVID-19 to the childhood immunization schedule. And that symbolism is that we view this as routine and that we view this as COVID is here to stay,” said Dr. Matthew Daley, a member of the panel.

Advocates for parents said that is a moot point given the number of school systems and government agencies that default to CDC recommendations. Like Dr. Anthony Fauci’s recent complaint, “They always come back and say, ‘Fauci was responsible for closing schools.’ I had nothing to do [with it],” CDC critics note the recommendations had the same impact as mandates in many communities.

(And Fauci did, in fact, repeatedly call for schools to be closed.)

Only about one in five parents of children under age five have gotten them vaccinated thus far, according to the Kaiser Fund Foundation. They also found more than half (53 percent) of parents of those children say they will “definitely not” get their children the COVID-19 vaccine.  Even parents who are vaccinated themselves are reluctant to get the shot for their young children.

Republicans have been working to position themselves as the pro-parent problem since the surprise victory of Glenn Youngkin in the Virginia gubernatorial election last year. Within hours of the CDC’s vote, retired Gen. Don Bolduc, who is running against incumbent Sen. Maggie Hassan, attacked the policy.

“Even President Biden has said the pandemic is over, and yet bureaucrats in Washington want us to inject our youngest with a vaccine they don’t need and parents aren’t asking for,” Bolduc said. “If there was ever a moment that encapsulated all that is at stake in next month’s election, it’s this. Joe Biden, Maggie Hassan, and liberals in Congress think that they have all the answers on everything under the sun, including the medical decisions made for our two-year-olds. I believe that these are matters best left to parents and doctors.

“The left is right: medical choice and freedom are on the ballot in November, and I am looking forward to that debate — especially right here in the Live Free or Die state.”

Hassan declined to respond to requests for comment, but she’s long been an advocate for COVID vaccine mandates and supported Biden’s policy — later stalled in court — to put federal workers’ jobs at risk if they didn’t get vaccinated. She argued that vaccines could be mandated for members of the military and school-aged children, so the government has the power to mandate them for everyone.

New Hampshire parents aren’t likely to face this question as long as the GOP stays in power. Last year, the legislature passed an “immunization freedom” bill prohibiting the state from denying people access to public spaces — including colleges and universities — if they are not immunized. The law does allow K-12 schools to impose vaccine mandates, however.

Asked by NHJournal if New Hampshire will impose the CDC guidelines on local schools, Gov. Chris Sununu said, “As has been New Hampshire’s policy for decades — this is a matter for New Hampshire’s legislature to determine.”

Sununu’s Democratic opponent, however, has been a supporter of government-mandated COVID vaccines for school children. He co-sponsored a bill requiring COVID-19 vaccinations for school attendance statewide, including postsecondary schools.

“I think saying, ‘People need to make the best choice for themselves’ is sending a mixed message,” said state Sen. Jay Kahn (D-Keene), one of the bill’s sponsors. “The message should be that everybody should be vaccinated.”

In the new Monmouth University poll, Republicans have a 64-29 percent advantage on the generic ballot question. A debate over forcing the COVID vaccine on five year olds is unlikely to help Democrats turn that around.