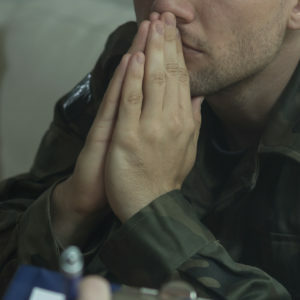 This past week, I read an important article in New Hampshire Journal penned by a fellow state legislator and fellow military veteran. He described in detail all of the feelings of anxiety and anger that have been awoken inside him by the infuriating events we’ve seen unfolding in Kabul. He spoke about his experiences fighting in Afghanistan on the ground near the international airport, how difficult it was when he returned stateside, and how the past few weeks have led him to relive those horrors.

It was a brave piece of writing.

The author concluded by imploring us all to check on any veterans we know who may be suffering similar feelings of anger, abandonment, or despair. This struck me as a most important, and far too often glossed over, point that in this hyper-politicized world, we seem to have forgotten.

Much of the news coverage about the mishandling of Afghanistan has focused on the political fallout the Biden administration will face, and not nearly enough time has been spent talking about the impact that this has had on those who gave so much for their country over the past two decades.

Most of us can clearly see that President Biden made huge mistakes during our hasty withdrawal from the region, but we’ve also unfortunately seen many supporters of the president circle the wagons and try to make that argument that the withdrawal was somehow a success, or at the very least, really the failure of his predecessors. This kind of dig-your-heels-in partisanship is a regrettable byproduct of the times and one that is completely counterproductive to ensuring the safety of our troops, current and former, and our safety as a nation.

New Hampshire is home to tens of thousands of veterans of the wars in Afghanistan and the Middle East since 9/11. In fact, over 10 percent of our population serves, or served, in a branch of the Armed Forces.

The Granite State has always prided itself on standing behind our veterans and now is no different. As both an Army veteran and a state senator, I am very proud of the attention that our legislature put on mental health care, especially veteran-focused mental health care, during this past legislative session.

The new Republican-led budget, which passed this spring and was signed into law by Gov. Chris Sununu, includes $1.5 million in increased funding for the mental health needs of our state’s veterans. The Support for Veterans Mental Health and Social Isolation program works in partnership with the U.S. Department of Veteran’s Affairs (VA), to provide mental health care for veterans that were feeling the effects of social isolation brought on by the pandemic. This is only one such program being offered to those in need of help, and the state and the VA offer many more.

I encourage all of my fellow veterans in New Hampshire to be open and honest about your mental health needs, especially during times like these. If you are a veteran, or if you know any veterans who are feeling anxious, angry, or just need someone to talk to, please contact the Veterans Suicide Hotline at 1-800-273-8255.

Remember that you are not alone. Please don’t suffer in silence.