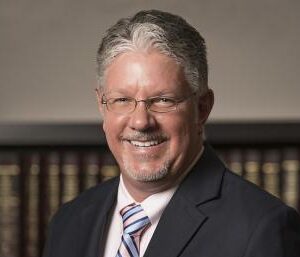 “I’m a guy who’s been a long-time independent who’s worked with both sides of the aisle over the years,” Wetherbee told NHJournal on Monday.

How independent? He endorsed Democrat Pete Buttigieg for president last year, and before that he voted for Hillary Clinton.

Wetherbee, who’s served on the Derry Town Council for 10 years, is facing off against former state Rep. Tom Cardon and GOP activist Jodi Nelson in the primary. The winner will face Democratic candidate Mary Eisner, who has no primary challenger, in the general election on December 7.

Wetherbee acknowledged he’s voted in multiple Democratic primaries over the past decade — including the 2016 presidential primary featuring Hillary Clinton and Sen. Bernie Sanders — and he’s never voted for Donald Trump. He says he’s like many Republicans who feel the party in recent years has left them.

“This last slate of Republican state rep candidates, I found there weren’t a lot of people on that list I could support,” Wetherbee said. “They’ve gotten pretty radical, there wasn’t a lot of focus on local issues.”

“Rausch was a Republican, but he’d talk to everybody. He knew his job was to bring the bacon back home to Derry. He got the funding for the CTE building at Pinkerton Academy.

“And he wasn’t afraid to buck his party, either. He took the lead on increasing the gas tax, working in a bipartisan way. It was something the state really needed.”

In 2014, Rausch sponsored a gas-tax hike that was signed into law by then-Gov. Maggie Hassan (D).

“He has been undeclared for quite a while, I think he’s gone Democratic,” said Cardon, who’s served a single term on both Derry Town Council and as a state representative. “I guess he decided this was the time to run as a Republican.”

Asked what she thought of Wetherbee’s voting record, Nelson said “It makes me wonder why he isn’t running in the Democratic primary.”

Nelson is vice-chair of the Derry Republican Party and is active in the state party as well. She says she considers Sen. Regina Birdsell a “political mentor” and admires her work ethic.

“She works so hard, but even if she’s had a long day in Concord, if there’s an Eagle Scout ceremony she needs to be at, she’ll be there. She’s a believer in public service over politics, and I am, too.”

Asked how many times she’s voted for Hillary Clinton, Nelson laughed. “None.” She went on to disclose that she voted for Gov. Chris Sununu in all three gubernatorial primaries. Wetherbee voted in the Democratic primary the past three election cycles.

“If people are worried about who you voted for in the past, I’m probably not their candidate,” Wetherbee said. “But people who care about the issues on the ground, what really impacts people in Derry, I think they will support me.”

Cardon says he’s running on his experience on town council — where he served as chair — and in the Statehouse. “I’m the most qualified candidate for the position. I know my way around the Statehouse and I can hit the ground running.”

And, he added, “I’m a moderate Republican. With both sides so polarized, I think I can make a difference.”

And has he ever voted for Hillary?

“I’m not that moderate,” Cardon replied.