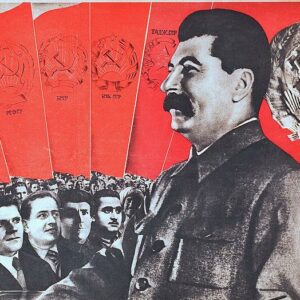 I am a refugee from Communism.

My family escaped from the totalitarian nightmare that was Fidel Castro’s Cuba in 1965. So, I have a visceral appreciation for an American land of opportunity that allowed me to become an engineer and enjoy a wonderful life as a free man.

I was recently blessed to be elected to the New Hampshire House of Representatives. There I met other lawmakers with first-hand knowledge of Communism. Such as Rep. Julius Soti, whose family escaped from Communist Hungary. Or Rep. Lex Berezhny, who still has family in Ukraine. Or former Rep. Michael Yakubovich, who escaped from the former Soviet Union. We all share a common love for New Hampshire and this country. That is why we shudder at the socialist proposals from progressives and Marxists who clearly just don’t understand the dangers of empowering “Big Brother.”

We worry that our education system fails young people by not teaching them history. Now we hear that schools have highly paid directors of “Diversity, Equity, and Inclusion” who dabble in critical race theory or “climate change” theories as opposed to teaching traditional history. It is no coincidence that confidence in and support for public education has reached a new low.

But our legislature is responding to parental concerns. With New Hampshire somewhere around 50th in the nation in terms of identifying and supporting gifted and talented students, a “Gifted Student” bill was finally signed into law last term by Gov. Chris Sununu. With parents clamoring for a return to teaching basic fundamentals, the governor also signed a bill requiring that every high school graduate pass the 128-question citizenship test my parents had to study in order to become naturalized citizens.

Thank you, to my colleague Rep. Michael Moffett for sponsoring and fighting to get those bills passed into law. These popular measures were naturally opposed by progressive egalitarians and the education establishment, who somehow claim that things are just fine.

Now in this new term progressives are again opposing measures that would improve learning—such as HB102, of which I am a proud co-sponsor. This bill simply requires school districts to ensure that high school graduates experience at least one hour of instruction on the history and nature of Communism.

The Union of the Soviet Socialist Republics (USSR) was born in violence and bloodshed after the 1917 Russian Revolution. It then established the Comintern, (the Communist International), to spread Communism worldwide by any means necessary, whatever the cost.

Let’s quantify that cost in human lives. In 2010 Professor Steven Rosefielde wrote in Red Holocaust that the internal contradictions of Communist regimes caused the killing of at least 60 million people, and perhaps tens of millions more.

How many youngsters could tell you about the Nazi-Soviet pact which set the stage for World War II? Do they know what a gulag is? Have they heard of the Cuban Missile Crisis? Or the Holodomor genocide where Josef Stalin starved 7-10 million Ukrainians to death? Or the Cold War? The Boat People? The Killing Fields?

Yes, other ideologies also bear attention. But it’s Communists who today are pointing nuclear missiles at us, from China to North Korea to Siberia.

Russian dictator Vladimir Putin is an unrepentant Communist, a former head of the dreaded KGB secret police. Do youngsters know what the KGB was?

And yet progressives and education establishment types from the School Boards Association or the School Administrators Association remain on the wrong side of history and against learning when they oppose HB102.

Other states have already put such measures in place. In Florida, for example, a 45-minute learning session about Communism is required every year! And yet progressives in New Hampshire who try to mandate courses in the history of the labor movement can’t support one 60-minute session on Communism.

That session could largely be satisfied by showing the 25-minute “Biography of Stalin” narrated by Mike Wallace. It’s excellent. You can find it on Youtube.

Another enthusiastic co-sponsor of HB102 is Rep. Valerie McDonnell of Salem. Perhaps America’s youngest legislator, her perspective on this is telling.

HB102 basically comes down to ignorance vs. learning. This bill’s sponsors hope our colleagues will choose learning.

Jose' Eduardo Cambrils is an NHGOP state rep from Canterbury/Loudon. He wrote this for NHJournal.com.