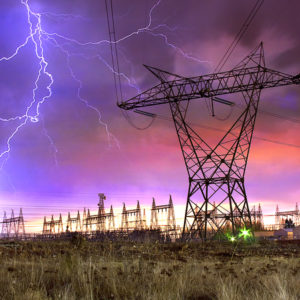 The left-leaning news outlet NHPR posted a story about the West Coast wildfires with the headline: “‘It Can Happen Here’: N.H. Faces High Wildfire Risk Amid Climate Catastrophe in West.”

NHPR is half right. There is a catastrophe hitting the West Coast that could come to New Hampshire, and like California, if it does happen, it will be the fault of politicians. But it’s not wildfires. It’s power outages.

The images coming from California and Oregon are genuinely jaw-dropping. “Some called it a nuclear winter,” Thomas Fuller wrote in the New York Times. “Cars kept their headlights on. Office towers in San Francisco, where the smoke is mixing with fog, were illuminated as if in the middle of the night.”

The fiery, apocalyptic skies may be frightening to see, but in reality, they’re nothing new to look at. Massive West Coast forest fires have been a regular occurrence since prehistoric times. The analysis from experts is that, since Europeans arrived and began suppressing natural wildfires, not enough woodland has been burning.

“Many reporters note that more area has burned this year in California than at any other point in ‘the modern period,’ but that period began in 1950. For the last half of the 20th Century, the annual area burned in California was just 250,000 acres a year, whereas the best-available science suggests 4.4 and 12 million acres burned in California annually before the arrival of Europeans.”

Meanwhile, America has more acres of forest today than it did in 1920, in part due to the re-forestation of the Northeast. So no, New Hampshire doesn’t face a major “forests on fire” problem.

But we may face a “the heat is off” one.

When temperatures soared and electricity demand peaked, California couldn’t meet its power demand. Rolling blackouts left families and businesses temporarily without power, in one of the most resource-rich states in the nation. Why?

So far this year, 1.3 million megawatt-hours of reliable power have been taken off the grid due to California’s environmental policies that require 60 percent of its electricity to come from renewable sources by 2030. When power demand spiked across the western U.S. and California couldn’t import enough power or, thanks to its green policies, generate enough of its own, the lights went out.

“California, in many ways, is the canary in the coal mine,” Todd Snitchler, chief executive of the Electric Power Supply Association, told InsideSources. “Many of the natural-gas units that some in California would like to see go away have been exactly what’s needed to keep the system operating.”

This policy, of restricting expansion of natural gas energy production while subsidizing more expensive green power like wind and solar, is the energy policy of many Democrats, including New Hampshire’s state Sen. Dan Feltes. His plan — written by energy execs who would benefit directly from it — would increase costs on ratepayers by mandating power be purchased from green energy sources.

So, what happens in the winter of 2030? Just two years ago, the brutal cold of the 2018 cyclone bomb created a crisis that forced energy providers to fall back on oil supplies.

Gordon van Welie of ISO-New England said last year that the shift to wind and solar creates more danger for the grid. “While they will bring benefits, the evolving resource mix will also intensify risks that there will not be enough energy to meet demands during the winter,” van Welie said. “The risk of insufficient energy is likely to expand to other times of year as well.”

Where will that power come from after New Hampshire has “Californized” its power grid?

Losing your lights and AC during a 100-degree day in California is no fun. But losing your power during a -10 degree cold snap in New Hampshire is no joke. Lives would literally be at stake.

On September 6, Los Angeles Mayor Eric Garcetti begged his residents to power down their homes to help keep the grid working:

“It’s almost 3 pm,” Garcetti’s tweet read. “Time to turn off major appliances, set the thermostat to 78 degrees (or use a fan instead), turn off excess lights and unplug any appliances you’re not using. We need every Californian to help conserve energy. Please do your part.”

Imagine New Hampshire residents get a message one cold, dark, January night reading, “It’s almost 6 pm. Time to turn off your furnace (or use a fireplace instead) and unplug any appliances you’re not using. We need every Granite Stater to do your part.”