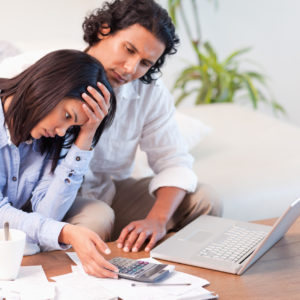 To politicians who paint the picture of couples poring over a household budget and bills at their kitchen table: save the sympathy. Set an example.

The disappointing congressional budget process of Fiscal 2017 needs to be wrapped up quickly, with a federal government partial “shutdown” looming this Friday.

Comparing Congress to a procrastinating college student near spring semester’s end would disparage the student. Spring Break’s a week. Members of Congress just returned Monday from a two-week recess they gave themselves.

For two decades, the budget process has repeatedly broken down. Both major parties have relied on stopgap measures and omnibus bills to keep the federal government’s doors open. This way of conducting the country’s business is resulting in poor policy that produces large and growing deficits, adds to the nation’s debt, and leaves little time for serious long-term planning.

Doing better for Fiscal 2018 means at least approving all twelve appropriations bills for Fiscal 2018 — which begins October 1 — in a timely, orderly fashion. A crowded press conference with party leadership, and the chairs and ranking members of the House and Senate Committees on the Budget, committing to a calendar would be an optic that communicates an expectation to the full Congress and public.

Presidential administration officials have recently reiterated advocacy for increased defense spending, initial funding for a Mexican border wall, and altering or eliminating Affordable Care Act subsidy appropriations. Whether intentional or incidental in their complication of resolving the imminent operations shortfall, the executive branch has been enabled by a chaotic Congress.

Constituents aren’t explicitly asking for everything for nothing. But they have changed their minds some since the pre-election fall. The nonpartisan Pew Research Center has observed an 11-point swing toward a 48-45% preference for a bigger government, more services—for the first time in eight years, and almost across the board. When asked if they were making up the federal budget this year, a majority said they’d increase spending on six of 15 causes (in order of popularity: veterans benefits, education, rebuilding highways and bridges, Medicare, and health care). The 67% for increased federal spending on education are either overlooking the “local control” impulse or simply favor funding schools over federalism. Another six causes garnered plurality support for increased federal funding (descending: scientific research, military defense, environmental protection, anti-terrorism in the U.S., Social Security, assistance to the needy in the U.S.). At 48% for increased scientific research and another 38% for “Keep spending the same” in the survey conducted prior to last weekend’s March for Science, there’s an apparent appetite for maintaining to expanding exploration and innovation at parity with entitlement programs.

Americans surveyed by Pew said they’d keep spending the same for assistance to the unemployed, assistance to the needy around the world, and for the State Department and embassies. So there’s not a consensus or even inclination in favor of reducing spending on any sector. And the narrow two-percent margin for decrease as compared to increase for foreign aid (the plurality still for keeping spending the same) would undoubtedly disappear if respondents knew the actual spend data; Americans have historically overestimated U.S. foreign aid tenfold. We can’t afford it all amidst the nearly $20 trillion debt and reasonably expected revenues via Title 26 (the Internal Revenue Code) with its present enforcement mechanisms.

To the extent that foreign affairs are particularly unpredictable, a more predictable budgetary process in the Capitol would at least serve to “control what we can control.” Let’s get through this week, and then we can ask our congressional delegation to help lead on consistency.