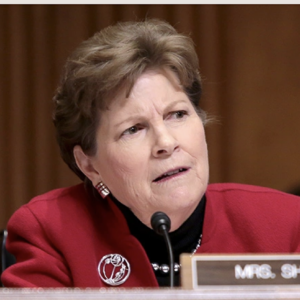 Buckley: If NHDem Delegation Took Action to Save FITN ‘I’d Be Astonished’

Call it the ‘Hans Blix’ strategy.

With a DNC vote to strip New Hampshire Democrats of their First in the Nation presidential primary just weeks ago, state party chair Ray Buckley has confirmed that the federal delegation isn’t going to take any actions to save it. In fact, he doesn’t expect them to.

In two different interviews, Buckley was asked if New Hampshire’s two U.S. Senators – Democrats Jeanne Shaheen and Maggie Hassan – should use their political power in the 51-49 Senate to pressure President Joe Biden into abandoning the new calendar. And both times, Buckley said no.

Shaheen and Hassan have signed off on several strongly-worded letters to Biden and the DNC, as have Reps. Annie Kuster and Chris Pappas. Last week some of the biggest names in the Democratic Party, including former Gov. John Lynch and former Chief Justice of the New Hampshire Supreme Court John Broderick, sent their own pleading letter, too.

But other than skipping a White House holiday ball, none of the state’s D.C. representatives have taken any actions in response to what Buckley calls a “betrayal” of the state.

Given that Hassan and Shaheen can deny Biden and the Democratic Party a majority in the Senate at any time, why not use that to counter the attack on the primary?

“I don’t think we need to do something like that,” Buckley told political reporter Paul Steinhauser. “Jeanne Shaheen and Maggie Hassan are very focused and very serious about delivering for the people…Let’s continue to do good things for the American people and the people of the Granite State.”

Buckley got the same question during an hourlong Politico podcast published Friday.

Host Ryan Lizza noted Gov. Chris Sununu mocked the delegation’s “skip the holiday ball” stunt, then he asked Buckley, “Is there something you think that the congressional delegation could do that’s a little more attention-grabbing in Congress, whether it’s supporting or not supporting the president’s agenda or something else that hasn’t been tried?”

“There’s one thing that describes all four [members of the delegation]: They’re workhorses, not show horses,” Buckley said. “These are people much more focused on getting the job done than, unlike Chris [Sununu], getting on the Sunday programs.”

As for the idea Hassan or Shaheen might play hardball with the president on behalf of the New Hampshire primary, “if any one of the four members of our congressional delegation did something, it would be so out of character that I would probably be the most astonished person on Earth.”

Hassan and Shaheen declined to respond to requests for comment from NHJournal about Buckley’s statement or their strategy to get Biden to change course.

Granite State Republicans, who have already locked down their FITN status for the 2024 primary, greeted Buckley’s statement of astonishment with mockery.

“It would be nice if Shaheen and Hassan stood together and said no to Biden — no to everything — until he and his party stand with New Hampshire and out First in the Nation primary,” tweeted the Rockingham County GOP. “That’s a message of strength. Enough with the sitting around and sending pen pal letters. The time to act is now.”

“President Biden clearly has unfortunate memories of his campaigns in New Hampshire where he has not done well and is rewarding South Caroline for saving his nomination run. It is fairly clear that in Washington if you are of the party of the president and in Congress, it is politically dangerous to challenge the president,” Gregg said.