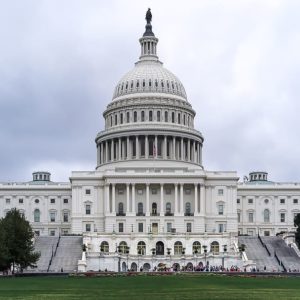 With billions of dollars of federal relief authorized over the past 18 months, and more and more Americans receiving vaccinations each day, our economy is gradually inching closer to recovery.  However, there is more left to do. The New England Council believes passing a robust infrastructure package will help meet numerous and often longstanding unmet demands, and will help our region’s businesses remain competitive and allow our residents to thrive.

As New Englanders, we know all too well the infrastructure challenges that our region faces. Too many of our bridges are structurally deficient and yearly increases in the number of vehicles and drivers have put more stress on our roadways. A growing number of residents across our region are looking to transit to provide a safe, affordable, and reliable means of transportation. Besides the need to meet new requirements for a growing region, our aging water systems – some approaching or surpassing a century old – need attention. And the pandemic has shown that broadband is a critical need for New England to expand telework, telehealth, and remote learning options. These and many other needs must be addressed.

Just months ago, a bipartisan group of senators and President Joe Biden agreed upon a bold infrastructure framework  This five-year deal would fund so-called “traditional” infrastructure – roads, bridges, rail, transit, ports & airports, and water systems. In addition, the deal called for new infrastructure spending which would be allocated towards those traditional infrastructure items along with an expanded list of core infrastructure such as broadband, resiliency, and electric vehicle infrastructure.

As for financing the new spending, the agreement called for more than a dozen ways to do so, including redirecting unused unemployment insurance payments; re-purposing certain unspent COVID-19 relief funds; extending customs fees; reinstating certain Superfund fees; and selling off telecom spectrum to name a few.

In late July, senators reached a final deal on legislation to enact the bipartisan agreement. Besides baseline funding, some $550 billion in new spending over the next five years was included, representing a compromise backed by members of both parties. The bill included a number of the “pay-fors” from the original agreement as well as new funding sources designed to maximize support among the members of the Senate. The Senate legislation also included other crucial infrastructure priorities for our region, like addressing PFAS contamination.

The hard work of the Senate paid off. On August 10, this legislation – the Infrastructure Investment and Jobs Act – was adopted by a bipartisan vote of 69 to 30. Every senator from New England voted in favor.

Now, the bill is before the U.S. House of Representatives, and a vote is slated to be held before the end of this month.

Not since the Eisenhower administration has Congress had such an opportunity to advance a package that will so boldly affect infrastructure in a manner that will benefit virtually every individual in New England and across the nation. The New England Council believes this landmark legislation would have a tremendous impact on our region by addressing many of the challenges we face, while also creating new jobs and spurring economic growth. We are grateful to the Senate for taking quick action on the bill, and we urge the House to follow suit as soon as possible.

James T. Brett is the President & CEO of The New England Council, a regional alliance of businesses, non-profit organizations, and health and educational institutions dedicated to supporting economic growth and quality of life in New England. He wrote this for NHJournal.com.