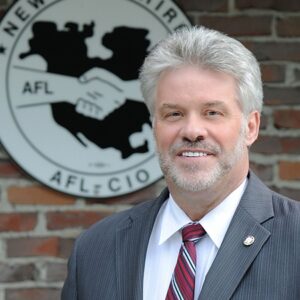 Posted to Politics February 02, 2021 by NHJOpinion

On Thursday, the New Hampshire State Senate will vote on SB-61, a partisan bill that aims to prohibit collective bargaining agreements “that require employees to join a labor union.”

If passed, this bill will make New Hampshire the first “right to work” state in the northeast. For 39 years straight, this bill has made its way through the state legislature. And time and time again, regardless of what party has the legislative majority, the bill has failed. Why? Because if you really understood what “right to work” would entail for us in New Hampshire, you’d know it’s a lose-lose scenario no matter where you fall on the political spectrum.

Behind the punchy talking points of private interest groups such as New England Citizens for Right to Work is hypocrisy, plain and simple. There is no boogeyman union leader whose life goal is to “force” workers to join their union. In fact, no one can force anyone to join a union — it’s federally illegal.

And in the 2018 Supreme Court case Janus vs. AFSCME, the court ruled that public-sector union employees can opt-out of paying union dues. Therefore, SB-61 would only extend to New Hampshire’s private sector union members, a blatant government intrusion into our free-market economy.

As president of the state’s largest labor federation, we represent nurses, first responders, firefighters, law enforcement, postal workers, and the unions of the New Hampshire Building Trades and their privately funded apprentice programs. For decades, our state’s private-sector unions have worked tirelessly — at no cost to our taxpayers — to create a contract system with private businesses who recruit hardworking union members straight out of these apprenticeship programs.

These are business to business agreements. It’s a fantastic system that has not just worked for us, it’s worked to better our state’s economy and the people working in it . And now, lawmakers who have previously spoken on the record about their opposition to government overreach into our business community are co-sponsoring a bill that does exactly that.

Even Gov. Sununu has acknowledged the irrelevance of the bill. In 2018, he said, “Given the recent Janus vs AFSCME decision out of the United States Supreme Court, there is no need to pursue any additional legislation regarding right-to-work…”

I could end the piece right there. But finally, let’s not forget how New England Citizens for Right to Work completely exploited a state campaign finance loophole to funnel nearly $100,000 to ten Republican state Senate candidates during the 2020 election — three of which have coincidentally co-sponsored SB-61. So while I can’t think of one good reason why any of our state Senators have sponsored this bill, $100,000 green reasons certainly come to mind.

It’s time to move on from this. The fight for “right to work” in New Hampshire has never been about protecting the interests of our workers. Instead, it’s been about intruding into our private business in order to pad the pockets of out-of-state corporate donors at the expense of New Hampshire’s working families.

Glenn Brackett is the President of the American Federation of Labor and Congress of Industrial Organizations New Hampshire.