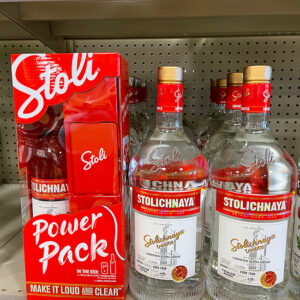 Gov. Chris Sununu got his moment in the spotlight last week removing Russian vodka from New Hampshire shelves, earning him nationwide attention. Only problem is, he targeted Stolichnaya, all of which comes here from Latvia, our NATO ally and which, despite sending military aid to Ukraine, now finds itself taking an unfair hit from those for whom mere appearances count. Ironically, that company makes both bottles and caps in Ukraine and recently had to evacuate its employees.

Damian McKinney, chief executive of Stoli Group, based in Latvia and Luxembourg, said in an interview that mistaken impressions about the brand have led to losses, causing it to consider changing its name to one less Russian-sounding.

I personally attend what is known as the “Russian Church” in Berlin, aka Holy Resurrection Orthodox Church, built by Russian immigrant millworkers in 1915. In addition to a couple of others in New Hampshire, our church has Russian “onionskin” domes and liturgies replete with Russian hymns. But the American Archdiocese long ago split from Moscow over Stalinist oppression, renaming itself, “The Orthodox Church in America.” 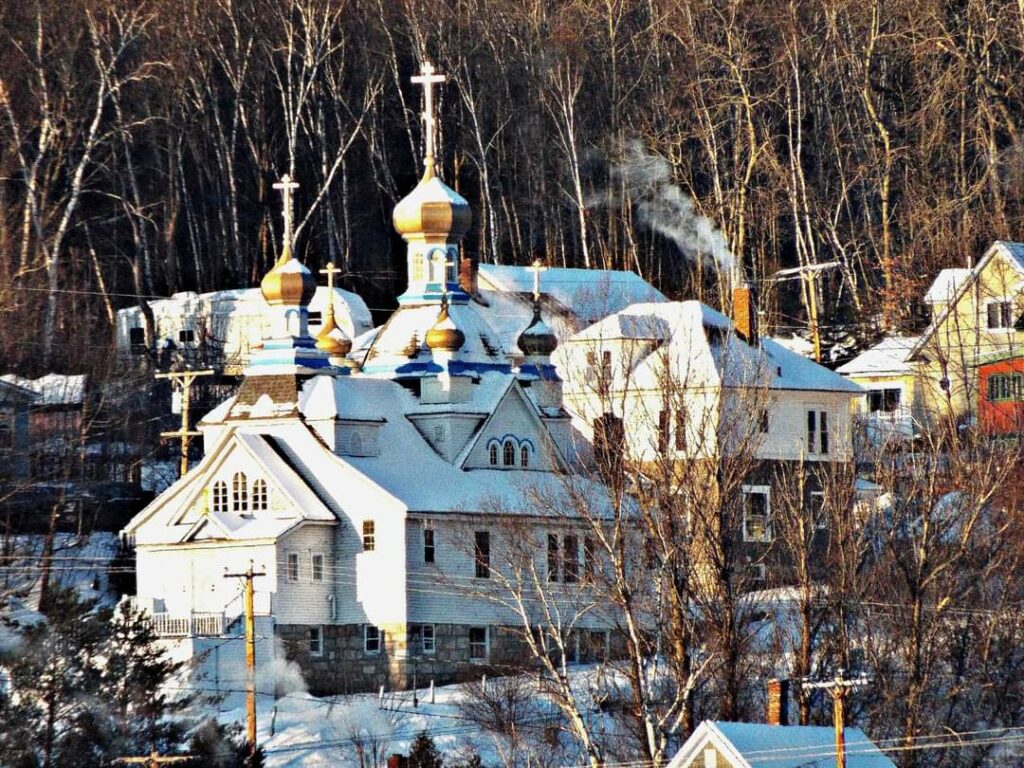 Even before the current invasion, Russian Patriarch Kyrill had been isolated within the Orthodox family because of his complicity with Putin’s hate-mongering against historically marginalized groups. Moreover, Ecumenical Patriarch Bartholomew of Constantinople, speaking for all of Orthodoxy, condemned the invasion, lending his support to the Ukrainian hierarchs. The OCA has long included among its parishioners large numbers of ethnic Ukrainians, in addition to ethnic Russians, who share a common heritage ever since Prince Vovodymir of Kiev, in 988, brought Eastern Christianity to the Slavs with a mass baptism as he wedded the Byzantine Emperor’s daughter.

Today the church is mutli-ethnic, as this Greek can attest.

Nonetheless, it’s fair to say that we in New Hampshire’s “Russian” churches would indeed qualify under Sununu’s definition of “Russian-branded.” Will now mindless Sununu “patriots” direct their animus for Russia toward us, in addition to Latvian vodka, just because we share a Russian label? Appearances can have consequences. The first American killed in a retaliatory strike against Islamists after 9/11 was a Coptic Christian in Texas. He was run down for wearing a turban, which the Copts, members of one of the oldest Christian churches, wore long before there ever were Muslims, and still do.

Is everything with a Russian brand now at risk from Sununu’s overreach? Surely, if alerted to his mistake, the governor would admit his error and modify the order, right? Wrong! Like Trump in “sharpie-gate,” who doubled down on his drawing extending Hurricane Dorian into Alabama when his mistake was exposed, our self-styled “Trump-guy-through-and-through” governor doubled down on banning Stolichnaya when advised of the fact that it was Latvian, authorizing his spokesperson to explain that it qualifies as a “Russian-branded” item under the order! Never mind that states like Oregon and Pennsylvania, instituting similar bans, have declined to take it, or any other non-Russian liquor, off of their shelves. Meanwhile, even without similar license from the governor of New York, restaurants and tea rooms in New York City with Russian names have been the target of vandalism and boycotts despite having no connection with Russia. One called The Russian Tea Room, whose windows were just smashed, is even owned by a Ukrainian!

Lest one think this is unnecessarily paranoid, I wish to note that I have already been approached by someone who wanted to know if we Russians sympathized with Putin’s invasion. I had to explain that nobody I know in our church does and that one of our deacons even circulated an appeal to fund Ukrainian relief, but the mere question, in light of the growing anti-Russian climate in America, still sent a chill through me.

In his order, the governor cites Part II, Article 41, of the New Hampshire Constitution for his authority, but that provision states that the governor “ . . . may, by appropriate court action or proceeding brought in the name of the state [emphasis added], enforce compliance with any constitutional or legislative mandate . . .”

It would seem, then, that Sununu overstepped the bounds of his powers to take any brand of vodka off the shelves, whether or not Russian-sounding, without a court order. Therefore, I have called upon my legislative delegation to act to roll back the governor’s unlawful ban of Latvian vodka in New Hampshire, and any other merely “Russian-branded” item, before some easily influenced local vigilante, enabled by our headline-seeking governor, strikes out against anything, or anybody,  appearing Russian. And if that effort succeeds, it also needs to go viral!