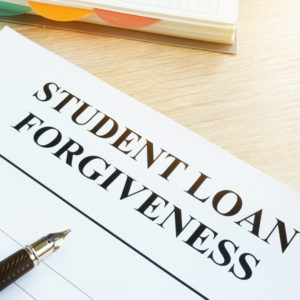 According to NES data, nearly a quarter of New Hampshire workers have Massachusetts-based jobs. Why not?  Massachusetts average wages are a whole 25 percent higher than New Hampshire’s, and many who go to the Bay State to grab those high-paying jobs establish residences in New Hampshire, which gives them a free ride for a double-dip!

When my Greek ancestors immigrated to New Hampshire over a century ago to realize the American Dream, both Massachusetts and New Hampshire were riding the crest of the Industrial Revolution wave, powered by New England rivers with paper, shoe, and textile mills. When those jobs left, however, Massachusetts set out on the path of expending public resources to attract new industry.

One of its feature public expenditures was the total subsidization of its university system. We Boomers who went to Massachusetts state colleges graduated owing nothing in student debt. We hit the ground running in the 80s, filling the new jobs Massachusetts was attracting in biotech, engineering, finance, medicine, and computer science. When I was at UMass in the 70s, recruiters were coming onto campus offering huge starting salaries to many of my fellow students in STEM programs, even taking them short of graduation.

The grads from that tuition-free Massachusetts college system then started spending our debt-free disposable income on houses, cars, and business starts, juicing the Massachusetts economy in what became known in the 80s as the “Massachusetts Miracle.” It continues to this day, as the Legatum Institute, a think tank that annually rates each state on a “Prosperity Index,” rated Massachusetts number one again just last year.

Southern New Hampshire benefited all that time just by being a bedroom community to Boston. However, during most of that period New Hampshire remained last in the country in its support of public education, including its public university system, which hovered between first and second most expensive in the country. I learned that first-hand while spending one semester at super-expensive UNH in the 70s before moving back to Massachusetts to get a tuition-free MBA from higher-ranked UMass. Now living in Coos County, I see the results of decades of failed planning in this state.

Berlin, once the second-largest city in the state and an industrial powerhouse, has suffered from a mass exodus of its young people, especially debt-ridden college grads who, if they are to stay in this state, must seek work in the southern counties feeding off the Massachusetts economy where the average household income is more than twice that of Coos.

However, thanks to President Joe Biden, help is on the way!

He announced he is planning to forgive student debt, the only question being how much. With the prospect of New Hampshire college grads having their brutal debt burden lifted, they can now stay in New Hampshire and jumpstart our economy the way my generation of college grads did in Massachusetts, even up here in the North Country.

Eliminating our cash-strapped brain drain will unleash the creative ingenuity of our educated young people while putting disposable income in their hands. Up here, they really don’t want to leave our mountain paradise if they have the choice, so they’ll put their nose to the grindstone. I’m excited just imagining the kinds of ways they will invest their newfound resources and the business boost that will unfurl. We will all reap the rewards from the jobs, economic activity, and fiscal revenue these kids will generate.

So, I say, “Don’t be faint-hearted, Joe! Go Big!” The naysayers will come around once they see the brilliant economics of this move, and soon enough will be chanting with us Democrats, “Let’s Go, Biden!”