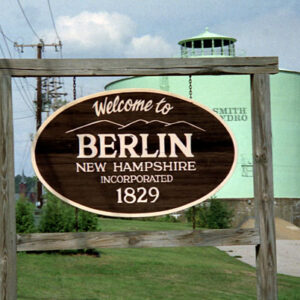 There is a dangerous bill, HB 1255, presently moving through our Free-Stater-controlled, Orwellian legislature.

Its proponents tell us it is only about prohibiting the “advocacy” of political doctrines detrimental to our democratic ideals, as well as any “negative account” of our history, except when in a broader historical context with other similarly “outdated or discouraged” doctrines.

However, the language of the bill belies that explanation. As any legislative researcher knows, rules of construction for interpreting legislation require giving meaning to seemingly ambiguous terms used within a statute, where possible, in order to arrive at an internally consistent interpretation that encompasses all of them.

III.  A violation of this section shall be considered a violation of the New Hampshire code of ethics and code of conduct for educational professionals and shall justify disciplinary sanctions.

In part I, the provision, “No teacher shall advocate . . Socialism,” is modified in part II by defining the verb “advocate” as merely the act of “teaching.” That, when read together for internal consistency, necessitates finding that the mere “teaching” of Socialism constitutes “advocating” it, thus leading to punishment.

No teacher will risk it. Perhaps that’s the intent!

The fact that “Socialism” is defined in Part I of the bill as including “the overthrow of the government of the United States or of this State” — which every student of socialism knows is not a tenet of the doctrine — leaves the bill with the open prospect of arbitrary, politically biased enforcement. It would prohibit whatever other doctrine enforcers choose to label as a threat, even if it does not actually advocate the overthrow of the government.

Notably, at least a dozen democracies are presently governed by socialist parties in whole or in part, all of which were freely elected, including New Zealand, Finland, Norway, Denmark, Iceland, Spain, and Portugal. And all of whose political systems are rated by the Economist magazine as more democratic than the United States. Nonetheless, under the inevitable application of this bill,  a teacher can be punished for teaching anything about the political histories or economies of those socialistic countries.

Most strikingly, however, this bill would prohibit teachers in my home city of Berlin, New Hampshire, from teaching its political history.

In the 1930’s, Berlin elected a socialist mayor and city council which applied its political power to a litany of progressive policies: restoring higher wage rates at the paper mills, negotiating better relief payments for the unemployed, injured worker’s compensation, and loan subsidies to laid-off loggers. They unionized all local workers, and they helped organize Coos County farmers to boycott outside milk dealers in order to force higher dairy prices.

This new “Farm-Labor Party” established outposts all over New Hampshire, joined forces with socialist movements in industrial cities throughout the Northeast and Midwest, and came close to forming a national third party with other regional chapters. They even ran Harvard attorney Mayor Arthur Bergeron for governor in 1936.

FDR and the Democrats, realizing they would lose if this movement succeeded in establishing a national third party, were forced to incorporate their socialist platform into the Second New Deal. That all started here in Berlin, the pulp and paper capital of the world and New Hampshire’s second-largest city at the time.

HB 1255 will prevent the great-grandchildren of these historic figures from learning of their forefathers’ contributions to the American story because they were socialists!

Ironically, because the bill explicitly prohibits teaching any political doctrine which includes the overthrow of either the U.S. or State government, it would also forbid the teaching of article 10 of the New Hampshire Constitution’s Bill of Rights. This is so because that article openly condones the overthrow of the state government by any means necessary when the public deems the ends of government to have been “perverted.” This constitutes no less of a right of forcible rebellion than is found in the Communist Manifesto.

Undoubtedly the framers of the bill did not intend this result, but its plain language requires it.

The only saving grace to this bill, despite its authors’ attempt to harness government to foment a new brand of home-grown American censorship and revisionism, is that, in addition to their patent ignorance of the disciplines of political and economic history, they don’t know how to effectively draft legislation. That fact, most of all, renders this bill “D.O.A.” at the courthouse doorstep once challenged for any of its multitude of flaws. With any luck, they won’t survive the next election to try it again.