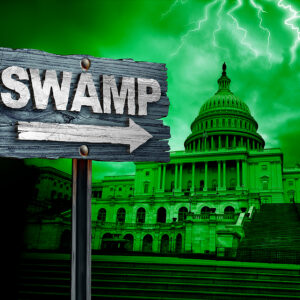 BOLDUC: Unlike Others in GOP, I’m a ‘Hell, No!’ on New Spending

There’s no way to sugarcoat it: Republicans got hoodwinked.

Hours after the GOP helped Democrats pass a $52 billion bailout of the semiconductor industry, Majority Leader Chuck Schumer and West Virginia Sen. Joe Manchin (D-W.Va.) shocked the world by announcing an agreement on a $700 billion spending package chock full of giveaways and goodies to the left. It was a deal from the devil, and one many had assumed was dead.

Meanwhile, the economy officially entered a recession, fueled by runaway inflation that has imperiled many middle-class families’ ability to make ends meet.

While all the focus remains on Manchin, any of the other 49 Democratic senators could halt this monstrosity in its tracks. In an evenly divided Senate, it just takes one. Predictably, New Hampshire’s Maggie Hassan remains out of the headlines. Why? Her support for the latest spending deal is a lock. She votes for the Biden administration 96 percent of the time. She is the opposite of the independent-minded voice she pledged to be during her first campaign.

But I digress. After all, we expect big spending from the Democrats. They make no secret of their belief that more and bigger government is the answer to what ails us. From cradle to grave, liberals believe government should play an outsized role in our lives, from our decisions about vaccinations to how our kids are educated to how our hard-earned money is spent.

Those are their grounding principles. That’s what people like Sen. Hassan believe. As a conservative, I don’t agree with that approach, but I at least know where they stand.

We should expect more and better from Republicans. Thinking that “Build Back Better” was dead, GOP senators were willing to get behind the semiconductor bailout. Once the votes had been cast, Schumer and Manchin were able to execute their dastardly plot.

Somehow, someway, their spending package is being billed as “slimmed down.” Only in Washington could billions of dollars of new spending fit that description.

It’s the kind of backroom wheeling and dealing that disgusts so many Americans. It’s not hard to see why only 18 percent of Americans approve of Congress, according to the Real Clear Politics average.

There’s a reason President Donald Trump’s “drain the swamp” mantra resonated with so many. Politicians in Washington operate by an entirely different set of rules than everyone else. Yes, the Democrats are largely responsible for the economic mess. They have done nothing but spend during the Biden presidency, and they are poised to ramp it up in the ensuing months before the midterms.

But if we are being honest with ourselves, Republicans have culpability, too. We cannot simply elect GOP candidates who promise to spend a little bit less. We need to get serious about the belt-tightening. We need bold colors, not pale pastels, as President Ronald Reagan once said.

I recently met a woman on the campaign trail who was in desperate need of car repair. Because of the skyrocketing prices and supply shortage, the price tag was too steep and she was despondent. The mechanic took pity on the situation and agreed to complete the work at cost. The woman was overjoyed and thankful.

These are the hard decisions politicians won’t make. It’s easy to spend money when it’s not yours. That’s why I believe in term limits. We need more citizen legislators, and fewer career politicians. If elected, I will serve no more than two terms. After that, it’s time to move aside for some fresh blood. Removing the incentive for getting re-elected makes it easier for officeholders to make the tough calls that need to be made.

We can change directions, but not without changing our elected leaders. Out with the politicians – on both sides – who have been feeding at the trough for decades. In with some outsiders who aren’t afraid to rattle some cages. Our nation’s economic and overall well-being depends on it.