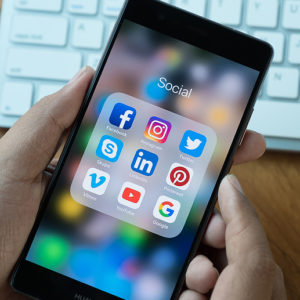 There is little debate about that – and there is mounting proof, even if anecdotal, in the latest Twitter saga.

So, why are some Republicans so quick to side with the liberal democrats and defend them? The answer is simple. The answer is money.

While it is no secret my opponent, Maggie Hassan, has raked in thousands of dollars in campaign contributions from Big Tech companies like Amazon, their employees, and trade associations, Big Tech is now targeting Republicans in Congress to help them defeat antitrust legislation that would finally allow us to hold these companies accountable.

The liberal Silicon Valley tech giants continue to seize control of the dialogue around our elections in an attempt to influence outcomes. If you want to understand why liberal and career politicians are constantly doing Big Techs’ bidding you need only to follow the money.

Big Tech companies like Amazon, Google, Facebook, and their employees are consistently some of the biggest donors to campaigns, and as a result, they are able to wield an uncomfortable amount of influence over our elections. Recent efforts to pass antitrust and data privacy legislation have the tech giants worried. Look no further than millions of dollars spent lobbying the House and Senate lately – with Apple reportedly spending more on lobbying last quarter ($2.5 million) than in any previous quarter.

We must ask ourselves if we want to continue electing politicians who are bought and paid for by Big Tech.

Right here in the Granite State my opponent, Maggie Hassan has spent her entire time in the Senate pushing for Big Tech’s interest. Amazon alone has shelled out thousands of dollars in contributions to her campaign, and the employees of some of the largest tech companies have contributed tens of thousands more.

Antitrust legislation is a way to fight back against the tech giants that have dominated the market, stifled innovation, and suppressed conservative voices. If a few big companies control the market, consumers don’t have choices. And choices have long made America the greatest nation in the history of humanity – choices that range from simple everyday items to electing the leader of the free world.

These companies have spent years harvesting consumer data only to turn around and use it to suppress conservative voices and censor information. Big Tech has risked our national security by allowing bad actors like China and Russia to infiltrate our data and security to weaponize and influence elections.

Google, Facebook, and Amazon’s reign over our data privacy, free market, and free speech need to end. Holding members of Congress accountable for how they vote on this legislation is the best way for us to send a message to Big Tech that our views as conservatives will not be silenced anymore.

One thing I can promise you as your next United States senator is that my allegiance will always be to Granite Staters and our working families – not to the elites in Silicon Valley. Together, let’s stand up to these bullies, get rid of the censorship, and continue to make our economy freer and fairer for everyone.