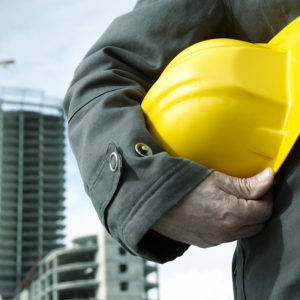 Posted to Politics January 25, 2021 by NHJOpinion

In a state that makes “live free or die” its creed, no one should be forced to support an organization with which they disagree.

Yet for many New Hampshire workers to keep their jobs, they must pay union dues or fees — even if they don’t join a union and don’t want union officials’ so-called “representation.” If they refuse, they will be fired.

We don’t grant this special power of compulsion to any other private organization.

Churches, civic groups, and political parties cannot force anyone to join their ranks or fund their activities, yet union officials have unique government privileges that allow them to force nonconsenting employees to give up their money.

Fortunately, there is a solution to the injustice of forced unionism, and it has growing support in New Hampshire.

If the state passes a Right to Work law, it would make financial support of a union voluntary. Workers would have the freedom to join and pay dues to a union if they choose, but that decision would be theirs alone.

So far, 27 states have passed Right to Work laws protecting their workers from forced unionism, with five new states adopting Right to Work over the last decade.

And while protecting workers’ freedom of choice may be reason enough to pass a Right to Work law, the benefits don’t end there.

New Hampshire would gain a significant advantage by passing Right to Work to guarantee the freedom to work without union coercion.

That’s because Right to Work states have a proven track record of economic success compared to their forced unionism counterparts.

Right to Work to work states lead the country in job creation. From 2009-2019, Right to Work states had a rate of growth in the number of people employed more than double that of New Hampshire.

Workers and businesses want to be in states where they are free from union coercion. All that growth means families in Right to Work states have more money to spend on the things they need.

Forced unionism states like New Hampshire have, on average, over $7,000 more in unfunded pension liabilities per capita than Right to Work states. The burden of paying those liabilities will eventually fall on taxpayers.

With Covid-19 restrictions harming businesses nationwide, states are looking for ways to boost their economies. Right to Work creates economic gains that put more money in workers’ pockets and does so without the need to allocate already-stretched-thin tax dollars.

Further, by being the first state in New England to guarantee its workers protection against compulsory union dues, New Hampshire would gain a significant advantage over its neighbors when it comes to creating better economic opportunities.

In fact, PHH Fantus, the nation’s longtime leading relocation firm, reported at least half of companies considering relocation or expansion automatically rule out states that do not have a Right to Work law.

Just as the New Hampshire primaries lead the way during presidential elections, New Hampshire can be a leader in protecting the right to work free from union boss coercion, all while boosting the state’s economy without spending a dime of public money.

That’s why it’s time for the “live free or die” state to protect the freedom of its workers by passing a Right to Work law.