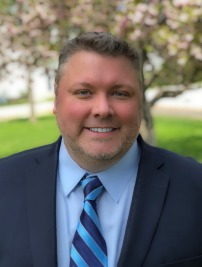 Bob Burns: “I’m the Only Candidate With Trump from the Beginning

I am the only candidate who has supported President Trump from the beginning.

I am a lifelong Granite Stater, born in Nashua and educated at Keene State College. My family has been involved in New Hampshire politics ever since my mother legally emigrated from Canada. I have spent my career working for our family business, Burns Automation, but conservative politics has always been my passion. I have run for office several times in the past, serving as the Hillsborough County Treasurer from 2010 to 2012 after beating Democrat Chris Pappas by a wide margin. I worked on dozens of campaigns, including Ovide Lamontagne, Jack Kemp, Newt Gingrich, and most recently Donald Trump.

I endorsed President Trump early on in the 2016 primaries and served as his National Youth Coalition Director and one of his delegates to the Republican National Convention. I had the privilege of touring New Hampshire with Don Jr., making campaign stops from the Woodstock Inn to the Granite State Indoor Gun Range in Hudson. You can trust me to support the President in Washington because I stood by him from the beginning, before it was politically convenient. It is clear now that the establishment of both political parties seeks to stop the President from draining the swamp. When elected I will be a staunch supporter of his agenda.

Two cornerstone issues of my campaign are support for the Second Amendment and a dedication to limited government. I am the only candidate in this race to have received an “A” rating from both the National Rifle Association and the New Hampshire Firearms Coalition. In Washington, I will sponsor national reciprocity legislation to protect citizens that choose to carry a concealed firearm. This would enable people who carry concealed to exercise their rights when crossing state lines. It is absurd that law abiding citizens of New Hampshire can and have been arrested and sentenced to prison for carrying concealed across state lines.

I will also examine every new bill to determine if it is necessary, cost-effective, and constitutional.

In 2016, New Hampshire saw tens of thousands of new voters turn out to support the Trump agenda. If we want to build on that momentum, we must nominate a candidate who stood with the president from the beginning. I am that candidate, and I ask for your vote on September 11th.

Robert Burns is a Republican Congressional Candidate in New Hampshire’s Second District with over 25 years of experience in the pharmaceutical and food manufacturing industry, focusing on quality control and automation. He wrote this for NHJournal.com.