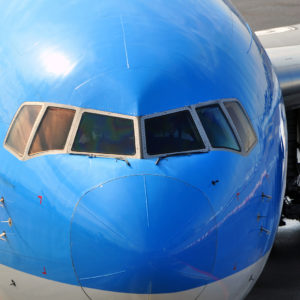 The U.S. airline industry, which is notorious for delayed flights, is now trying to postpone the takeoff of America’s 5G communications network. And — as is often the case with the airlines —it’s not exactly clear what this delay is all about.

On Monday, top airline executives sent a letter to the Federal Aviation Administration (FAA) and Transportation Secretary Pete Buttigieg claiming the launch of 5G could ground flights and leave passengers stranded. They are asking the Biden administration to take immediate action to block the launch.

AT&T and Verizon plan to roll out their new C-Band 5G service on Wednesday.

The dawn (or maybe pre-dawn) of the 5G age was initially set for January 5. But at the last minute, the Department of Transportation and FAA asked cell carriers to hold off for two weeks. At the time, Buttigieg cited aviation safety concerns as the reason for the delay.

While both companies honored Buttigieg’s request, they might be forgiven for muttering, “What the… Really? Now?” And for suspecting that the airlines are running a hustle on their industry.

Last year, the major wireless carriers paid $82 billion to the federal government to operate their 5G services at 3.7 GHz in the C-band of the electromagnetic spectrum. But just as the carriers were about to hit “start” on 5G, several airline industry groups began shouting that C-band wireless communications might interfere with–and potentially even disable aircraft equipment–that operates on a nearby frequency. In particular, airline officials said the signal could interfere with the plane’s radio altimeter.

According to the airline industry advocacy group, Airlines for America, concerns about possible 5G interference and the resulting degradation of onboard systems could result in massive disruption of both passenger and cargo air traffic, including the elimination of flights when it is dark or foggy. Other flights might need to be rerouted to avoid airports with high levels of 5G activity.

And the airlines want you to know this is not an 11th-hour objection. Airlines for America says it has been banging on the counter since 2018, but its concerns were ignored by federal regulators until recently. The two-week 5G postponement was necessary, it insists, because the industry currently has its hands full managing air travel during the current COVID-19 spike.

The telecoms’ response is “Science!” They point out 5G wireless stations have been operating near airports in Europe and Asia for years, and planes are not falling out of the sky.

“Each day U.S. aircraft, carrying thousands of U.S. citizens, land in these countries without incident and with no expression of concern by the FAA or foreign aviation regulators. This is the classic dog that did not bark. The laws of physics are no different in the United States than in Europe or Asia,” says CTIA, the wireless trade group.

Former FCC Chairman Tom Wheeler noted in a Brookings article that the current techno-flap is nothing new. Cellphones initially interfered with both hearing aids and pacemakers. The long-term answer in both cases was better shielding of those devices, not restricting customers’ access to wireless service.

Wheeler, who is also a former president of the CTIA, additionally mentioned speculation that the airlines’ last-minute scare campaign is designed to pressure the wireless industry or the federal government into paying for updated radio altimeters. To avoid the possibility of disrupted air travel, Wheeler notes, the government could pay for the altimeters from the 5G spectrum auction proceeds or impose an additional spectrum-use tariff on the wireless companies to compensate the airlines.

Of course, as Wheeler notes, it is unclear why someone else should have to foot the bill to replace the multi-billion-dollar airline industry’s outdated technology. Unless that someone wants to avoid a protracted court battle.

While there is no telling how the courts might rule in such a hypothetical case, the matter would no doubt take years to resolve.

That delay would be a bummer for America’s wireless carriers and consumers, but business as usual for the airlines.

Randall Bloomquist is a veteran journalist who writes about business and industry for InsideSources.