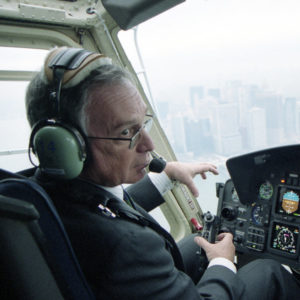 Bloomberg Doesn’t Practice What He Preaches on Climate Change

Does climate change activist Michael Bloomberg practice what he preaches as a potential presidential candidate?

That was the question that Carly, a political-science major from New England College, asked the former NYC mayor during a New Hampshire appearance on Tuesday promoting his new book on climate change—and possibly a 2020 POTUS bid.

“I am personally a big environmental person,” Carly told Bloomberg. “You are very big on changing the big aspects, but in your own personal life, like–are you a vegan? Do you practice a reduced-waste lifestyle, do you drive an environmentally-friendly car?”

Bloomberg had a witty comeback — “First let me say that I’m addicted to Cheez-Its and popcorn”– but he left Carly’s question unanswered.  Like many progressives who see the political as the personal, the Gen-Z college student wanted to know if Bloomberg walks his climate change talk?

And the answer appears to be no. In fact, the man who was appointed the U.N. secretary-general’s Special Envoy for Cities and Climate Change in 2014 doesn’t so much “walk” his #GreenNewDeal lifestyle as “fly” it.

In his private jet.

“What’s happening to the world is really scary,” Bloomberg said in his speech at the New Hampshire Institute of Politics on Tuesday, “and it may be irreversible. I hope not.

“You just have to take action, and that’s what we’re trying to do. And we’re trying to get people starting from the bottom up. What we need is a president that can lead us instead of trying to drag us backwards,” Bloomberg said. 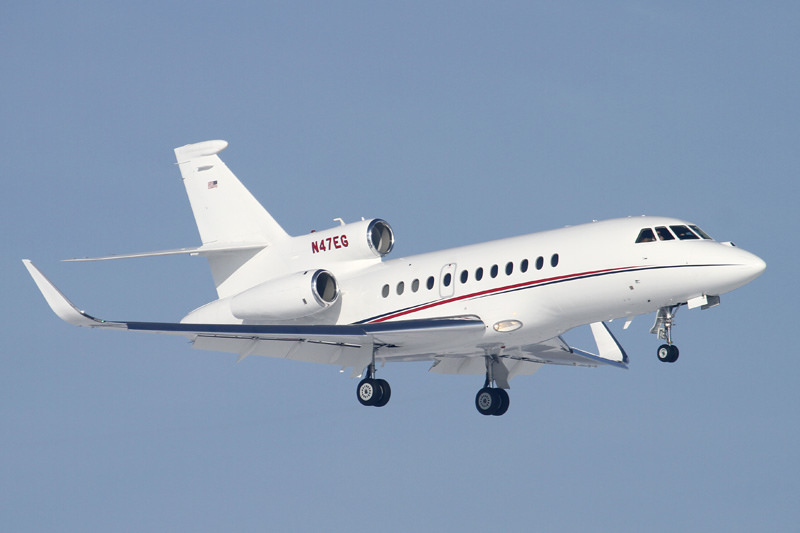 Mike Bloombergs private jet, which he often pilots himself.

“From the bottom up,” perhaps. But from the top down?

Bloomberg, a licensed pilot, owns a $30 million Dassault Falcon which he flies a couple of times every month to his waterfront home in Bermuda. When he’s not in his jet, Bloomberg can be found piloting his $4.5 million Agusta SPA A109s helicopter.

A flight in a private jet generates an estimated 37 times more carbon emissions than the same trip on a commercial flight. And Bloomberg’s six-seat chopper burns a jaw-dropping 72 gallons of fuel every hour.

The New York Times reports that, “In October 2004, officials with the Meadowlands Sports Complex denied Mr. Bloomberg’s request to fly his helicopter to a Jets game and encouraged him to take the bus from the Port Authority Bus Terminal.”

When Bloomberg does drive, he’s got a high-performance Audi R8 sports car (from 0-60 in less than 4 seconds) and a comfortable Chevy Suburban SUV. Neither vehicle gets more than 15 mpg in city driving.  And when the public complained about the environmental damage being done by his SUV idling on the street with the air conditioning on, Bloomberg’s solution was to have his staff wheel an actual window-unit air conditioner out to his car on hot, summer days.

Not exactly the actions of a man who believes “climate change is a crisis,” as Bloomberg told NBC’s Chuck Todd.

And about that multi-million-dollar mansion in Bermuda. It’s one of at least 10 properties Bloomberg owns around the world, and even by luxury island resort standards, it’s impressive: Seven bathrooms, five balconies, 6,000 square feet and all of it right on the water. 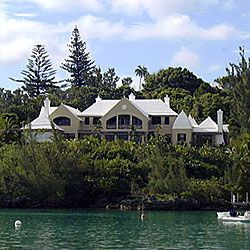 Bloomberg’s day-to-day home is a five-story townhouse on Manhattan’s Upper East Side with an estimated 12,500 square feet of space. Then there’s his mansion in the Hamptons, Ballyshear, with 22,000 square feet.

Based on published accounts of his various holdings from London to Vail, CO, climate champion Michael Bloomberg owns more than 100,000 square feet of housing he must heat and cool on a regular basis.

As for Michael Bloomberg going “vegan,” the conflict between his pro-health-food, soda-tax-and-snack-food-ban politics and his personal dietary habits is well-known.

“My favorite vegetable is steak,” then-Mayor Bloomberg quipped in 2010, at the same time he was pushing healthy eating with TV chef Rachel Ray. “I like most vegetables,” he said, “but I love steak.”  At Rustico, one of his favorite haunts in Bermuda, he’s known for ordering up platters of herb-marinated chicken and beef tenderloin. 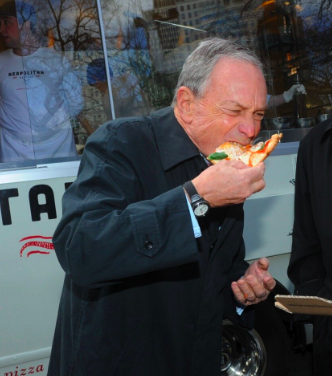 Bloomberg’s even a member of the exclusive Game Creek Club in Vail, CO which, in between appetizers of foie gras and Wagyu carpaccio, serves bison, venison and wild boar.

On Tuesday, Bloomberg acknowledged that he wasn’t anywhere near going vegan, listing a litany of animal proteins he still packs away, from fish to fast-food burgers. In fact, just hours after his appearance, Bloomberg was spotted in in Nashua, NH with a slice of pepperoni pizza, loaded with cheese.

But does that matter?  Will Democrats who support Bloomberg’s climate-change policies reject him in the 2020 primary because of his personal behavior? Will environmentally-mined voters like Carly put a candidate’s lifestyle choices ahead of his climate-action agenda?

If they do, Michael Bloomberg can read all about it while relaxing in his seven-bedroom, Eighteenth-century London estate.